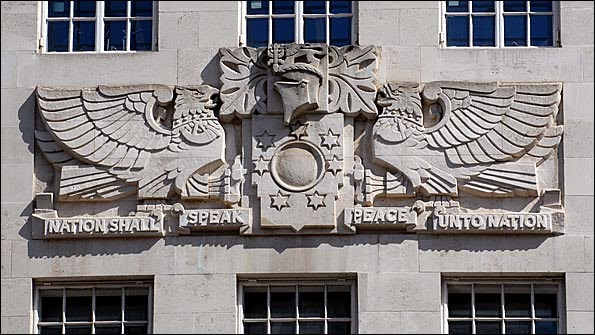 The BBC's sole classical music radio station has bitten the dust, at least in the form we know it. Today there came the surprise announcement that the much-loved yet sometimes controversial BBC Radio 3 has been privatised: sold to the Russian oligarch Viktor Bulshchytovsky in return for a boost to the BBC of an eight-figure sum, rumoured to be in the region of £30m. Whether this is part of a rush of Russians in London to dispose of assets before further "sanctions" strike, or a clever piece of forward thinking by the British parties involved, nobody is, so far, letting on.

The move, Bulshchytovsky said in a press conference at dawn, makes perfect sense. "At Winter Olympics, opening and closing ceremony both offer finest music, ballet, celebration of writers and artists," he declared. "Russia is classical music and ballet. Greatest practitioners of distinguished art forms all, all, all Russian. In past we have Pavlova, Karsavina, Diaghilev, Horowitz, Oistrakh, Milstein, Richter. Imagine world of music without, no? Today we have Gergiev, Osipova, Vasiliev, Matsuev, Sokolov..." He continued to rattle off a string of names that left tabloid journalists frantically Googling for spellings. "Russia values finest music," he said. "This is statement that we believe in future of high art as pinnacle of human excellence - and I have put money in mouth." (It was thought that he meant he has "put his money where his mouth is".)

Questions were raised about what would happen to the channel if Bulshchytovsky's assets were to be frozen, but the oligarch brushed these concerns aside while the rather morning-faced assembly at the very early breakfast briefing in his Knightsbridge mansion was served with coffee, blinis, caviar and a shot of vodka. The money, he said, had already changed hands; we were invited there not to argue, but to celebrate. "This is only way in current climate that philistine country like UK can secure future of true culture on mainstream radio," he announced.

What about the Proms? We understand that Mr Bulshchytovsky is speaking to three potential candidates - all of them high-profile Russian conductors - about taking over the programming.

"Is obvious move - we just reunify territory that is naturally Russian. Perhaps is destiny! Look at crest on Broadcasting House," said Mr Bulshchytovsky, who was in singularly jovial mood by this time. "'Nation shall speak peace unto nation.' Even in 1932 they not use definite article!"

Remarkably few objections were raised by the assembled press in the face of what would, until a few years ago, have been considered an act of national betrayal by the public service broadcaster. Whether it was the vodka, the early hour or the disturbing suspicion that Mr Bulshchytovsky might be right, none could say.
Posted by Jessica at 7:45 am