Catch up with Ludwig and Levit here

While we in the UK continue to run about like headless chickens (which in many ways we actually are), the Salzburg Festival has managed to be up, running and shouting about it with well-deserved pride. In the fast-growing blackberry bushes of classical music on the internet, there is plenty of ripe fruit waiting to be foraged, stewed and savoured, and the concerts of Salzburg being streamed by Arte.tv are not only some of the best, but also available to watch in the UK (which not all Arte films are).

Having been working flat out to finish the editing and proofreading of IMMORTAL - which is now going into production - I haven't had time, energy or inclination to watch or listen to anything very much for weeks, so it's time to catch up, and I'm very happy to say that they have sent me the first three of Igor Levit's complete Beethoven sonatas cycle for us all to enjoy here on JDCMB. Plenty more available at Arte's own site, of course. Levit has been one of music's outstanding lockdown heroes and I am looking forward to hearing the lot in due course.
Enjoy!

Sad news today of the death of the great pianist and teacher Leon Fleisher, aged 92. I much regret not having met him in person, especially as my father was among the scientists whose research led to the therapy that ultimately helped Fleisher's focal dystonia. I did, however, talk to him on the phone for the Independent back in 2010 when he came to the UK to participate in the Aldeburgh Festival. Here is some of that interview. 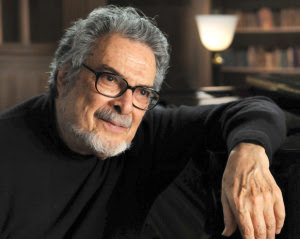 JD: Please talk us through your experience of focal dystonia, what it did to you and how it came about?

LF: I noticed that the fingers of my right hand started to have the tendency to curl under and my initial reaction was that it seemed to me I’d have to increase my practising and it was a sign that I wasn’t working enough – which was the wrong thing to do. Over a period of about 10 months that tendency became so pronounced that two fingers virtually dug into the palm of my hand and it took enormous effort to straighten them out, followed by endless visits to countless doctors and a search that lasted 35 years with no answers.

To make a long story short, I found two modalities eventually that helped me. One was called Rolfing, named after the German therapist Ida Rolf. Because Rolfing is a modality of tissue manipulation that can restore the normal plasticity of even the fibres of whatever tissue is being manipulated; and eventually I was informed of a programme at the National Institute of Health in Maryland for people with similar dysfunction and they were treating them with something called Botox, of all things. They inject the botox where the nerve informs the muscle to contract, which is not at the site of the muiscle itself but usually somewhere between the site where the muscle is affected and the brain. In my case, it’s in the forearm and they inject a minute amount of botox - which is a virulent poison - into the muscle, just paralysing it a little bit so that the tendency to curl under is weakened just a wee bit and therefore allows the opposing muscles, the flexor muscles, to be more effective. That’s the mechanism for the treatment of focal dystonia. They don’t know what causes it and therefore they don’t have a cure, but they’ve found this way to help deal with the symptoms.

JD: My father was a neuropathologist, involved in the early research into the therapeutic use of botulinum toxin….)

LF: Possibly he knew the neurologist friend of mine here in Baltimore who developed the idea of the botulinum – Dan Drachman. (JD: Yes, they were good colleagues). His father-in-law was Gregor Piatigorsky! Dan was the one that told me about this programme.

JD: You returned to playing with both hands around 1995-96. How do you feel the whole experience changed you as a musician?

LF: All I can say is that after a couple of years in a pretty deep depression I finally woke up one morning realising that my connection to music was not exclusively as a two-hands piano player, it was a little more profound than that. This enabled me to do a number of things. It enabled me to expand my teaching in a way that became more productive: that is to say I was no longer able to push students off the piano bench and demonstrate the way I thought it should go, I had to find words to express that very intangible and ephemeral aspect of music, and I think I became a better teacher.

The formal admission to myself that I had this thing of being dystonic somehow freed me up to examine the not-inconsiderable literature for the left hand alone in which can be found several great works – the Ravel Left Hand Concerto is one of the great pieces of literature for the piano and it gave me the idea also to start conducting, which was a totally new endeavour for me and from which I learned so enormously and which brought me tremendous satisfaction and gratification – it makes me wonder, were I to live my life over again I’m not sure I would change anything.

JD: Do you remember now how it felt the first time you were able to sit down & play with both hands again?

LF: Yes, and curiously enough it wasn’t what many people might think – I’d tested it every day of those 35 years so that I was expecting somewhere, somehow, I was always one step away from being able to do it. So when I finally did it, it was enormously satisfying, but not as enormously revelatory as you might think.

JD: Was there any special piece or composer that you were most happy to be able to play again?

LF: Well, yes, I played some of my old favourites for myself – the D minor Brahms Concerto, Beethoven 5. Enormously satisfying.

JD: What happens now? Do you have to keep having treatment?

LF: Once a dystonic, always a dystonic, so I get my injections now once every four months.

JD: There have been a lot of studies recently, looking at music and science and the way the brain and musical instinct hook up – I wonder, why now? Do you have any views on that?

LF: Perhaps it’s just that it’s probably about time and it’s ripe for investigation. I don’t think the question is so much from the artistic side, but science is now ready. The mind is always trying to break things down and look for that moment in time when creativity starts