Sistema Scotland has just announced it is receiving a £100,000 donation from Stirling entrepreneur Tom Cox and his wife Alix McNicol Cox, which will support the work of Raploch's Big Noise orchestra. Stirling council provides over 50% of the funding for Big Noise, but there is still much dependency on private donations, foundations, trusts, et al.


Supporting Big Noise however was “an easy decision” said Tom.

“I am not sure people realise the full extent of the work this orchestra does. It goes way beyond simply free music lessons to something genuinely transformative, not just for a few children but for huge numbers. For me, it took about five seconds. I just got it, and it is a privilege to support this fantastic idea that originated in the poorer areas of Caracas and is now being delivered here in Stirling and in many other parts of the world.

“I hope there are others in Scotland that can also get behind this musical phenomenon. This programme will be truly life-changing for the children involved.”

In 2011 a Scottish Government evaluation of Sistema Scotland's work in Raploch found:

“...there is evidence that Big Noise is having a positive impact on children’s personal and social development, including increased confidence, self esteem, a sense of achievement and pride, improved social skills, team working skills and expanded social networks. For those children with special educational needs, behaviour issues or unsettled home lives, particular benefits include a sense of belonging, improved ability to concentrate and focus on a task, a sense of responsibility and positive behaviour change.”

One in the eye, perhaps, for those who are hell-bent on wrecking the fine work of Sistema in the UK. There's a lot of it around at the moment - involving first of all some interesting political divides, and secondly some fundamental misunderstandings about how much work it takes to make musical progress, and how early in life you have to start if you're to get anywhere with it.
Posted by Jessica at 1:29 pm Links to this post

Venezuela, El Sistema and the end of Chavez

Hugo Chavez is dead. What now for Venezuela - and for El Sistema, which has spread from the country to revolutionise the role of music in children's lives worldwide?

Opinions split. First of all, it would be a mistake to associate El Sistema too deeply with Chavez. It was founded in 1975 by Jose Antonio Abreu - long before Chavez came to power. It has been supported by the state, but it's Abreu's baby, not Chavez's. But some accuse Chavez, perhaps with good reason, of having used its popularity and influence as a whitewash to gild his image and that of the iniquities of his regime. Abreu and Venezuela's most celebrated musical figurehead, Gustavo Dudamel (left), meanwhile have both insisted that music is above politics.

This article from the New York Times, published just over a year ago, presents some arguments and opinions very well: http://www.nytimes.com/2012/02/18/arts/music/venezuelans-criticize-hugo-chavezs-support-of-el-sistema.html?_r=0


The situation evokes age-old questions about the intersection of art and politics: Should they remain separate? Should artists denounce politics they don’t agree with? At what cost should culture be kept alive?

The Venezuelan pianist Gabriela Montero has been extremely outspoken against the current state of Venezuela. This morning she has commented via Facebook:


Today, Chavez died. Venezuela needs a renewal. We don't need the emotional and social disease that has infiltrated our society. We need POSITIVE change for all. We don't need the attempts of the government to instill more paranoia. The "Imperialists" did not poison Chavez and cause his cancer. We need to work towards a Venezuela free of these toxic thoughts that defy logic and manipulate the emotions of the Venezuelan people. We need good people to lead. I congratulate the students in my country for being so brave and selfless. To all those people who are mourning the death of one man, please, mourn the 21,000 plus people who were murdered in Venezuela last year. Think about that very real figure. Who is mourning all those victims? Think about the social decay that Venezuelans live in, day in and day out. Let's keep the perspective of our recent history, and be conscious that a lot of work needs to be done.

So the end of Chavez means an opportunity for real and positive change in the country - if it can be brought about as Gabriela hopes.

But nobody is suggesting that that should mean the end of El Sistema. At least, I hope they're not. Art and politics become terribly intertwined, as you know, at all the wrong moments. Those opposed to "socialist" policies and to state support for culture in general tend to turn guns on El Sistema for their own ends. We'd like to think that the worth of music goes beyond that.

Besides, the fact is that El Sistema works. It's been proven to work - and it is even working on this island of ours. Here's Sistema Scotland. And here's In Harmony, the expanding English branch.

(If anyone is still confused about the loss of empirical fact as a core value under the slews of political opinion, I recommend Adam Curtis's latest fascinating blogpost.)

To condemn El Sistema because it has been supported by a dubious state would ultimately mean throwing out a lot of babies with the murky bathwater. Remember, there are many more than 50 shades of grey in this world. Let's maintain those matters that do most good for humanity as a whole, please. Music is one of those.

The positive influence of El Sistema will outlive Chavez. And Mahler will outlive us all. Here's the Simon Bolivar Orchestra with the Dude doing a spot of it at the Proms.

Posted by Jessica at 10:21 am Links to this post

SHOUT OUT! MUSIC EDUCATION FOR ALL #2

All this week here on JDCMB, some of the stars of British musical life share their firm conviction that musical education should be available to all children, regardless of wealth. They offer their personal memories and gratitude for the opportunities that were open to them, without which they might not be where they are today. And, just as the Big Noise of Sistema Scotland releases some truly astonishing statistics about the impact and beneficial effects of its programme at Raploch - eg, 100 per cent of parents reported their children's confidence increased by music-making - they remind us that music does more for the soul than can ever meet the eye...

Today we hear from James Rhodes, Errollyn Wallen and Nick van Bloss. Over to you, guys... 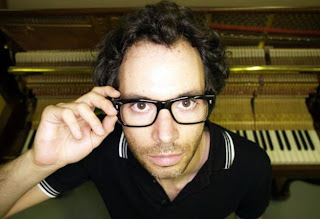 "Beethoven, Bach, Chopin, Mozart, et al, are and always will be the musical equivalent of Shakespeare, Byron and Chaucer. To make cuts in our education system that will make music-making and even music-listening the preserve of the wealthy is an appalling indictment of our society. As a child I found it was these great composers that offered a rare glimpse of something bigger and brighter than the rest of my educational world. Being able to torture my teacher with my dire piano playing, listening to Peter and the Wolf, watching a talented ex-pupil play Chopin on stage - all of these things were vital and extraordinary experiences that in some way moulded and shaped my desire to immerse myself in music and, perhaps more importantly, gave me the feeling that there was something infinitely more exciting than my rather one-dimensional and painful schooldays.
"To cut or remove classical music from the curriculum would be tantamount to substituting Shakespeare with Grisham - a cheapening and eroding of our cultural heritage that will have long-lasting and far-reaching consequences. Accessibility is a vital part of education. In the land that gave us Britten, Elgar, the Proms and Cheryl Cole, surely music education is a right and not a privilege. The success of El Sistema in Venezuela and the global inspiration it has produced should provide a clear message - the life-changing power of music is something to be treasured and supported. Music will always survive; far better it does so because of our government rather than despite it. " 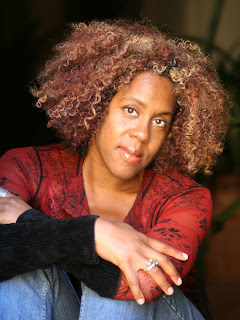 "I was nine years old when, walking along my street in Tottenham, North London, holding my uncle’s hand, I confided that I heard music all the time in my head which I didn’t know what to do with. It was my Uncle Arthur who suggested that I might be a composer.
"It has been a long and winding road towards acquiring all the education and skills I needed but without the good start I had – a wonderful music teacher, Miss Beale, at our state primary school in Tottenham who taught everyone in the class to read and write music at the age of nine and who encouraged me to write my first ensemble composition for the class – Frogs and Toads – it would have been an even harder journey.
"I’ve just finished a day’s work on what is my eleventh opera. I still hear music all the time in my head and am full of plans for the future. I am never without a commission.  My music has been, on a NASA mission, to outer space.
"Every single day I give thanks for the musical education which made my career as a professional composer possible.  I believe that everyone who wants to, regardless of their background, should have access to the tools of this most remarkable trade."
NICK VAN BLOSS pianist 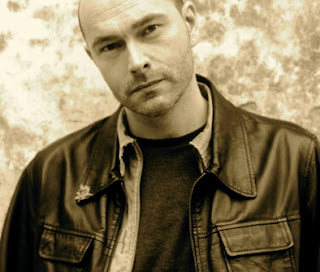 "The days of considering music to be a mere hobby for the rich, a luxury, something of no intrinsic value, are surely over? Or are they...? Children of all ages are fascinated and stimulated by sound. They are 'wowed over' when they watch a virtuoso, thrilled when they experience a symphony orchestra. Given the chance, they're eager to pick up an instrument and ‘have a go’ - to engage, to 'create'.
"Budgetary cuts affect music education disproportionately.  Students are still being taught the full school curriculum but instrumental teaching is being slashed. It is obviously the funding structure which should be amended, so that when cuts have to be made, the basic building blocks of music education are not annihilated overnight.
"The Longfellow quotation, 'Music is the universal language of mankind', may sound like a cliche, but, can we, as a society, deprive children the chance of experiencing this 'language'? The benefits of music education are numerous. It has a multitude of applications physical, artistic, cognitive, creative, social, therapeutic, intellectual...  No matter who we are, it is a major force in our lives.
"It would be a sad indictment of our society if we not only ignore the benefits of music education, but if we deny a generation the chance of experiencing even a few of the wonders music has to offer. Music itself is a great survivor, but the route of passing it on to others has rarely been more fragile."
Posted by Jessica at 7:56 am Links to this post