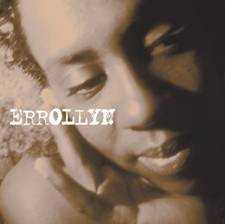 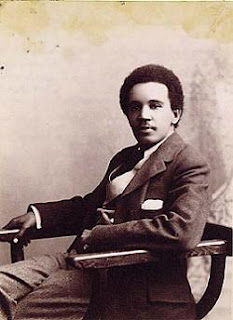 Oh, sod it, I've got a new mousemat & keyboard ridge thing, both with a gel support for sore wrists, and if I don't write this up now, I never will. So, let's hear it for Errollyn Wallen (above centre), whose new piece 'Mighty River' nearly brought down William Wilberforce's church on Clapham Common on Saturday night.

The work was commissioned for this very special concert (mentioned on JDCMB last week) commemorating the 200th anniversary of the act of parliament that resulted in the abolition of the slave trade. It opens with a horn solo based on 'Amazing Grace'; as the music progresses, it really is as if you're travelling down a wide, glowing river with a pulse of life entirely its own, observing flashes of detail and beauty and drama that pass by on the rich tapestry all around. The orchestration is luminous, the mood at once expansive and intimate, the influences perhaps more John Adamsy than we'd have expected so far from Errollyn; and the impact was huge. The Philharmonia seems thrilled with it and in a speech later on, their inimitable chief exec David Whelton promised that it'll have plenty more airings, which it should.

And so should the Coleridge-Taylor Violin Concerto, which Philippe played with immense beauty and conviction. The slow movement was applauded in its own right; as it progressed, I could just feel the buzz in the church while everyone asked each other 'Ever heard this thing before? No, nor me, but why not? It's incredible!'

Last but not least, conductor Martyn Brabbins led the whole audience in a new arrangement of 'Amazing Grace' by supertalented Philharmonia fiddler Julian Milone - and as it went down a treat at the end of the first half, we did it again at the end of the second. I was horrified when I saw it on the programme ('what, they want us to sing, are you kidding?!?!?') but soon found myself swept up in the atmosphere of fervour, celebration and sheer humanity. A marvellous, unforgettable evening.

Holy Trinity is a wonderful venue, without a doubt, and the collaboration of church and art is something that even a confirmed atheist/agnostic like me can applaud and encourage. But this programme should take place next somewhere three times the size - ideally the Royal Festival Hall - and as part of the mainstream season. Coleridge-Taylor (above left), having been half African and an idealistic black activist in his day, was a perfect choice for the evening, but the concerto is so wonderful that it should be part of the mainstream repertoire. Go hear it.

It's appalling to reflect that slavery still affects millions of people all over the world. Join the fight for freedom 1807-2007 here.


UPDATE, 1 MARCH, 10.20pm: Bob Morris writes to alert us to this article in the New Yorker about 'Amazing Grace', a new film about William Wilberforce starring Ioan Gruffud. A thought-provoking piece, recommended reading. Thanks, Bob!
Posted by Jessica at 8:33 pm

A note from Addenbrooke's

Addenbrooke's Hospital writes to me as follows:

Addenbrooke's Hospital takes patient confidentiality very seriously and would never give permission for patient details to be divulged without consent of the individual or next of kin.

UPDATE, Wednesday 28 Feb, 5pm: I've decided [entirely on my own choice] to remove certain elements from Hatto discussions from view wholesale. Nobody is trying to censor my blog, though conspiracy theorists will obviously think so. It is quite simply that I'm sick of the whole thing, and am very happy to leave that screenplay to someone else.

I've done my hand in through excessive hattogate surfing. Not a good idea, especially with lots of deadlines to meet. So I need to stop all unnecessary typing for a while and make sure I don't end up with RSI. I'll be taking a week or so off blogging as from now...

...so it seems like a good time to show you the following: a good example of the utterly staggering piano genius that is Grigory Sokolov!

Magic in the making

I'm off now for the rest of the weekend - work, concert and visiting family all day tomorrow - so here is some magic from the only video of this artist I could find on Youtube. It was apparently recorded in Milan in 1998 and this young man has come a long way since. I believe that he's about to go much further, too... Dear friend Opera Chic, I'll do a deal with you: you can have Rolando, we'll share Juan Diego, but Jonas must be mine!

I realised Hattogate was getting out of hand when I found I had a blister on my wrist from contact with mouse-mat edge. The conspiracy theories and Chinese whispers seem to be getting crazier and crazier and I have received a comment or two here that I've not posted because they're way off the deep end - more like something out of sci fi, somewhere between George Orwell and Dr Who, than this rather heart-rending, sorry tale.

What put it all in perspective was this: last night some musician friends came round and played us a violin concerto in the front room. Moments like this, you feel so fortunate that you wonder what you've done to deserve it. I mean, honestly: a friend you'd normally have a good laugh with over a cuppa picks up a piece of wood with four strings and a bow, and suddenly it's as if the Alps have taken over your lounge. It was absolutely incredible: breathtaking, uplifting, the works.

My problem with the Hatto business is that it's all about recording. Not live performance. Music is about communication, isn't it? It's a direct path from soul to soul - composer-musician-audience - and essentially this can only take place during real-time, one-off performance. I have a fine library of CDs that I enjoy hearing, but none that can move or stir me to that extent - with the possible exception of musicians like Cortot, Thibaud and Enescu who recorded live, wrong notes and all, a very long time ago. Of course recordings crucially fill the gap for anyone who doesn't have access to a concert hall or a piano, but given a choice, I would pick live performance every time.

Live music, especially at such close quarters, is one of the seven wonders of the world. I'm now trying to think what the other six could be.
Posted by Jessica at 10:31 am