I've added (more accurately, Horst has added for me) a new page to my website for my stage works.
Posted by Jessica at 9:24 am

I'm so sorry to report that the Royal Philharmonic Orchestra's principal double bass, Corin Long, has died in a diving accident in Spain. Corin was a sought-after professor at the Royal Academy and Trinity College of Music in London, a beloved colleague to London's orchestral musicians, a busy and popular chamber music player, and much more besides. He will be sorely missed.
Posted by Jessica at 8:23 pm

Email ThisBlogThis!Share to TwitterShare to FacebookShare to Pinterest
Labels: obituaries

LOVELIEST of trees, the cherry now
Is hung with bloom along the bough,
And stands about the woodland ride
Wearing white for Eastertide.

Now, of my threescore years and ten,
Twenty will not come again,
And take from seventy springs a score,
It only leaves me fifty more.

And since to look at things in bloom
Fifty springs are little room,
About the woodlands I will go
To see the cherry hung with snow.

Ahhh....This was the first poem I ever memorised (probably the last, too) when I was about 10, at which age the 20-year-old poet seems immeasurably and unreachably mature.... Oh, f(&*.
Posted by Jessica at 1:26 pm

Email ThisBlogThis!Share to TwitterShare to FacebookShare to Pinterest
Labels: poems

The Indy this morning has the news that an anonymous bidder has just paid the second-highest price ever for a Stradivarius: £1.38m. And he thinks he got a bargain.

How do you buy one of these beauts if you're a musician? Mostly you don't. Otherwise, you beg, you borrow, you court wealthy people who collect the ruddy things, and if you are lucky enough to have one, you make sure you've got every piece of documentation under the sun to prove that what you have really is what you think you have, in case it isn't. It's a fiddly business, if you'll pardon the awful pun.

How expensive is a good fiddle? How long is a piece of string? How good is the performer? These are all infinitely variable. The violin used to be my 'second instrument' and once I had a friend who worked with a violin dealer in the West End. When I visited, he took down a violin from the wall and said 'have a go'. I played a couple of scales and adored it. It was the right size for me (smallish), had a beautiful sweet tone, had been made in Spain sometime in the late 18th century and cost £30,000. (We're talking 1989 here.) Then he took down another violin and said 'now try this one'. I didn't like it at all. It was loud, harsh, too big, I don't know what it was but it cost £60,000. I couldn't get my head around that.

The online auction house Tarisio held several days of viewing before its latest auction a few weeks back. They were selling a Nicolo Amati, and a fiddle-fanatic friend from the orchestra reported that it was absolutely gorgeous. For elaborate reasons I particularly wanted to see and hear a Nicolo Amati close to, so I grabbed my resident fiddler and took him off to Great Marlborough Street, where he began to play the Korngold concerto on the violin, which had a label inside saying Guarneri. The sound that came out was nothing short of heavenly: even, resonant, responsive, focused... Poor Tom turned green with longing.

This fiddle had an interesting history. It had been considered a Guarneri for most of its lifetime, but had been reassessed by Beare's and reidentified as an Amati; Guarneri having been apprenticed to Amati in Cremona, some confusion seemed not impossible. Moreover, it had belonged to the author of Le petit prince, Antoine de St Exupery. Romantique, n'est-ce pas?

Email ThisBlogThis!Share to TwitterShare to FacebookShare to Pinterest
Labels: instruments 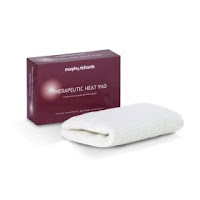 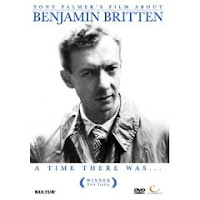 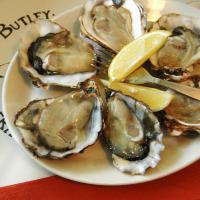 2. Pack heated pad for cold tootsies. The Suffolk coast is that land that climate change forgot to warm up, even if it may one day swallow the whole place.

3. Book lovely b&b in exquisite village of Orford and spend happy evening at the Butley Orford Oysterage. They catch their own fish and have their own oyster beds.

4. Discover that am wearing same daily uniform as Vladi - blue jeans, brown leather jacket and floppy hair. I should have been a conductor. Next life, perhaps.

5. Find tranquil corner of office buildings to tap on word processor while hubby and co slog out guts in the hall. After much trial and error, discover that the ladies' bandroom is the warmest spot in Snape, having no windows and therefore no draughts.

6. Eat too much breakfast and drink way too much coffee.

8. Concert part 2: enjoy world premiere of lovely new piece by Mark-Anthony Turnage, then hair-raise through stunning Britten Frank Bridge Variations, a piece that Tom has never played before at all.