Ready meals in British supermarkets carry 'traffic light' markers to show you the level of sugars, fats etc in what you are about to receive. If you see a red blob next to 'saturated fat', at least you know in advance that you're going to clog up your arteries. I think it's time CDs started carrying traffic-light warnings about the level of saturated fads they contain.

A violin can sound like many things, but I for one would rather it didn't sound like the dog next door. I have just listened to one new disc too many: a clearly gifted and imaginative violinist who nevertheless seems compelled to hack through romantic-era sonatas either Very Fast, Loudly and Aggressively or very slow, playing with around two hairs of the bow to make a wispy vibratoless pianissimo that you can barely hear against the piano (NB it is not the pianist's fault). And full, of course, of those ugly bulges and barks and stops and starts (an effect much like drivers who accelerate after a speed camera, then slam on the breaks just before the next one) that masquerade as expressiveness; the ideal violin territories of beautiful tone, colour through varied rather than absent vibrato, and songful and speaking phrasing are apparently forbidden to any hapless young artist who wants to be noticed.

It reminds me of hearing one of the most depressing piano concerto performances in living memory - either Very Fast and Loud and Aggressive or so excruciatingly slow that I suspected the pianist in question was about to stop altogether. The audience went nuts, of course, but I think the composer, a man of exceedingly discerning taste, would probably have sent in the polonium sushi. This event would have been less depressing if it hadn't been action-replayed numerous times by other pianists in other concertos.

This style of playing has nothing to do with the composers and their music, but everything to do with fashion. Some musicians are inspired enough to pull these stunts off convincingly, but most just seem desperate to do something 'different', exaggerating to project ideas that actually don't exist. Besides, it's not different any more. It is the same as everyone else who's trying to be different...

Such trends have risen to the fore through certain exponents heavily promoted by their record companies, though many are good enough musicians to know better. Younger artists are trying to emulate them, to very little effect.

Why should music leave the listener feeling irritated, infuriated and occasionally nauseous if that isn't what the composer intended? Couldn't a red cardboard blob warn us off?

Now may I please direct you to one of the most wonderful piano CDs I've heard in ages: Maurizio Pollini's brand-new Chopin recital, on DG. This is truly great, fad-free musicianship, delivered with authority, humility and absolute integrity. In case you'd forgotten - many have - that's what it is all about.
Posted by Jessica at 11:59 am

Since I'm having a phase of preferring dead pianists to living musical politics, let's make the most of it and mine Aladdin's Cave, aka Youtube, for its latest and rarest gems. This performance by Dinu Lipatti of Liszt's La Leggierezza is apparently a 'copy of a lost BBC recording from 1947' (where do people find these things?!) and the poster is not kidding when he says the performance is 'a miracle'.

There is more where this comes from. I thought I'd heard all Lipatti's surviving recordings, but evidently not...
Posted by Jessica at 6:51 pm 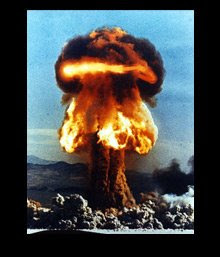 The Observer today carries strong words from composer John Adams about his life post-Death-of-Klinghoffer. It's an apposite moment: his opera Dr Atomic opens at the Met tomorrow and his musical autobiography Hallelujah Junction is published this month. The report draws on an interview with Adams on Radio 3's Music Matters yesterday and those in the UK can access this on the Listen Again facility.

Interviewed on BBC Radio 3's Music Matters yesterday, Adams said he was now 'blacklisted'. 'I can't check in at the airport now without my ID being taken and being grilled. You know, I'm on a homeland security list, probably because of having written The Death of Klinghoffer, so I'm perfectly aware that I, like many artists and many thoughtful people in the country, am being followed.'

In yesterday's Evening Standard, Norman became the latest journalist to decide it's time to remind a certain maestro that he is meant to be the principal conductor of the London Symphony Orchestra as well as everything else.
Posted by Jessica at 2:54 pm

A voyage around my father

He was a neuropathologist, but his greatest passion in life was for music. I owe my knowledge of the classical repertoire to the fact that he used to listen to Radio 3 every morning and every evening, and would spend Sunday afternoons happily ensconced in his favourite armchair comparing a pile of LPs of Brahms's Second Symphony just for fun. Our family holidays often consisted of driving through France to the Swiss mountains; I think those long twisty days on the road were his excuse to spend eight hours at a stretch listening to tapes of the great pianist Julius Katchen. That is where I first heard the Brahms piano music, including the Hungarian Dances (below).

Katchen - the nearest thing the piano had to a literary philosopher - would have been just two years older than my father, but died tragically at the age of only 42. Fortunately for us, he left a wonderful legacy of recordings. I'm thrilled to have found copious film of him on Youtube.

Happy Birthday, Dad. I miss you.