For 14 years Radio 3's BBC New Generation Artists scheme has had a way of...well, getting it right. From Simon Trpceski to Benjamin Grosvenor, they've listened, noted and grabbed for promotion some of the best talents out there. The youngsters certainly have to earn their status with concerts and broadcasts. There's spotlight aplenty over the two years they're in it: it is a challenge and they must meet it. But many of those that do have gone on to be bright stars indeed.

The scheme includes a "cross-section" of musicians from both classical and jazz disciplines and from a variety of countries, and they have already gathered, between them, garlands of awards and distinctions.

This year's intake has just been announced. Here they are:

Last night you may have heard Erica Worth, editor of Pianist Magazine, joining Sara Mohr-Pietsch and Richard Sisson live on BBC R3 for Piano Keys. It's a talk show in the interval of the Piano Season's Monday evening recital, answering listeners' phone-in questions about all matters pianistic. Last night's questions involved the relative merits of digital instruments versus acoustic ones, what goes on in pianists' minds while they play, some rarities of French repertoire and a wonderful story about Myra Hess in the Blitz.

Next Monday it is JD's turn to be the guest in the hotseat.

If there's a question with which you'd like to call in, please email the team at: pianoseason@bbc.co.uk and if you missed yesterday's, you can catch up on the iPlayer here.

Other BBC Piano Season treats are plentiful - the most interesting stuff didn't make the headline material! Composer of the Week is Chopin. Sunday Morning with Rob Cowan featured some of Ignace Friedman's greatest recordings. And the Radio 3 Piano Masterclass with David Owen Norris is available to watch online here. Onwards...
Posted by Jessica at 8:49 am

A musical party game for the 21st century

Our new neighbours invited us to dinner the other day and showed us their latest musical toy. It's called Sonos and it is a wireless hi-fi system. It's controlled by a little palmtop remote computer thingy. All you need is a subscription to something like Spotify or Napster and a speaker in the right spot, and bingo: you have, literally at your fingertips, a vast library of music of any and every genre.

So here's the game. You choose a theme along which you'll make your selection - our host decided we should do "Guilty Pleasures" - and you pass the Sonos to the left, each taking a turn to add a piece of music to the queue, without letting anyone see what you've chosen. It's easy to use, though you have to watch out for those guests who like to click "Play next" instead of "Add to queue", hence overriding everything programmed beforehand, and simultaneously manage to set the thing to the whole of Wagner's Tristan und Isolde.

But once you've rapped that particular person over the knuckles, you hear Joseph Calleja right beside Tom Jones, Elvis next to a Schubert Impromptu, a selection from The Nutcracker beside a track sung by a pleasant, distinctive voice I didn't recognise, who turned out to be SuBo.

You get chocolate brownie points for choosing something on the evening's theme that nobody expected from you. It's not always easy to predict reactions: my Serge Gainsbourg choice seemed to leave everyone cold (how?), but I earned a round of applause for 'Careless Whisper' (we were all young in 1985...). And a bottle or two of Merlot later, our hostess, who says she listens mostly to rock music, astonished us all by singing along to The Queen of the Night. 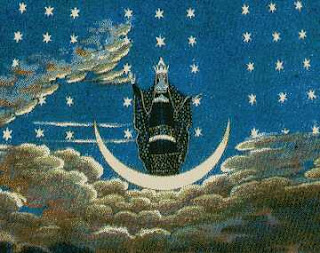 The commodification of music? No, that happened decades ago. Instead, here comes something that can totally change the way we listen to and explore music. Take your average suburban dinner party: a CD of Vivaldi or Bocelli goes on in the background and nobody really notices it unless it's a problem. The Sonos, though, became the centre of our evening. We zoomed through the genres, talking about the music we enjoy and why we love it, each of us hearing music we'd never normally listen to, each of us surprising the others by revealing a character trait through our choices - or, indeed, a secret guilty pleasure.

Novelty value? Undoubtedly. But it's a little more as well. Like blogging back in 2004, this is a whole new and revolutionary notion. The old divisions can vanish: a Bach fan can admit fondness for Billy Joel, but also a rock chick can can discover she enjoys a spot of Wagner. Instead of "classical music" being ghettoised beside a soaring quotient of different popular genres, everything becomes fair game in the Sonos game.

Let's get rid of the division of music into popular and classical. Let's just have music as music. Just as Saint-Saens said, there is only good music, bad music...and the music of Ambroise Thomas.


If you like surrealism, you'll love Martinu's Julietta. It's now on at ENO in a slick staging by Richard Jones first seen in Paris about ten years ago. The set is a gigantic accordion - the sound of music being the one thing that can sometimes anchor the amnesiac population of the opera's seaside town to long-ago memories.

Michel, a Parisian bookseller, arrives with his suitcase in search of a mysterious girl whom he once heard singing. But nothing around him makes any sense - because the townsfolk can't remember anything for more than ten minutes. It sounds daft, and the incidents match that assessment. And yet...we all know people like that, and societies too. The resonance works. It works particularly well given that Martinu completed the work in 1938, when the world was a very mad place indeed.

When surrealism is at its best, the crazier it gets, the deeper it goes. I was fortunate enough to see a huge exhibition of Magritte in Vienna earlier this year, which was a revelation. With Julietta, Martinu hooks up the synapses in our minds in a similar way.

The opera is based on a play by the composer's friend Georges Neveux, which Martinu snaffled from under Kurt Weill's nose by getting to it about 48 hours earlier than his eminent colleague. Michel's final encounter at the Ministry of Dreams (photo above - photo credit Richard Hubert Smith) lends a hint of Kafka, and the circular nature of the drama, a recurring dream, a confluence with that terribly scary 1945 movie Dead of Night. Yet the absurdity lends an irresistible lightness. Does Michel really shoot his Julietta when the memories she wants to buy turn out to be nicer than the authentic ones? In which she recalls laughing at him because he looks like a stuffed crocodile?

Martinu is a hard sell and difficult to describe, especially as all most of us know of him is that he was born in a Czech bell tower and went on to lead an ever-shifting existence in the European vortex of the 1930s and, ultimately, the US. He was a great Francophile, though, and adopted Paris as home for some years. His music is not easy to pin down: hints of Debussy, virtual quotes from Stravinsky, some luscious love music in Act II that pulls in somewhere between Szymanowski and Rachmaninov. The voice of Martinu himself, however, is less obvious than the voices of others: at times, he seems not so much crocodile as chameleon. He offers us moments of great beauty and delicious, light-touch humour. Textures in the main are thin, allowing the words to project easily, the lines drawn with a deft swish of colour from a well-chosen instrument or two - often more Matisse than Magritte. It is a good opera, imaginative, fun, whimsical - and it's a joy to experience something as gently batty as this in an art form that frequently takes itself too seriously.

Of course, if you don't like surrealism, or imagination, or anything that isn't quite on the same level as Mozart, Puccini or Wagner, then you probably won't get it. A good few didn't. That's their problem. Why does every piece of music we hear have to be perfect? Yes, the best is the enemy of the good - but it doesn't invalidate those corners of creation in time that do have quality, if just a fraction less of it. They provide context, richness, insight and much to enjoy, even if not everyone can write The Magic Flute. And unusual, good-though-not-perfect works sometimes offer a welcome new experience, along with an angle that makes us think differently about their world and ours. If we heard nothing of opera but Mozart, Puccini and Wagner, life wouldn't be half so interesting.

Sterling performances all round: Peter Hoare more than holding the stage throughout as the mystified Michel, the Swedish soprano Julia Sporsen shining in every way as the red-haired Julietta, and vignette appearances by such fabulous personalities as Susan Bickley, Gwynne Howell and Andrew Shore, to name but three. Ed Gardner made Martinu's score both sensual and sparkly. Verdict: go see.

Here's an insightful review from The Observer by Fiona Maddocks.

It's what we aspire to, and why we write and, I hope, why we read: the leap of the heart when it encounters something as perfect as this:


"The only thing to do, it seems to me, is to try for clarity, and stop worrying about it. Telling these stories is a delight it would be a pity to spoil by anxiety. An enormous relief and pleasure, like the mild air that refreshes the young count when he lies down to rest in "The Goose Girl at the Spring", comes over the writer who realises that it's not necessary to invent: the substance of the tale is there already, just as the sequence of chords in a song is there ready for the jazz musician, and our task is to step from chord to chord, from event to event, with all the lightness and swing we can. Like jazz, storytelling is an art of performance, and writing is performance too. "

Philip Pullman in today's Guardian, writing about the joys of retelling the tales of the Brothers Grimm. Some fascinating historical stuff about them as well. Read it all here.