Ever wondered what musicians think of critics? 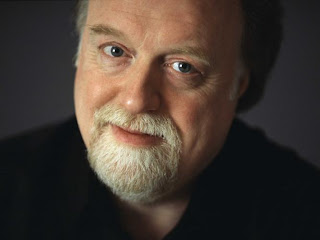 Now's your chance to find out.

Peter Donohoe has written a substantial piece on the topic - a jolly brave thing for a pianist to do, if I may say so - and it is admirably honest. For instance, if you want to believe the good reviews, he says, then you also have to believe the less pleasing ones. And he doesn't hesitate to present examples of the type of stories that give us all a bad name, while also acknowledging that some of us say useful things now and then. Read the whole thing here.

(PS - I think this is the first time I've been mentioned in a "good guys" list alongside Hans Keller, and it may be the last, but it's better than never.) [above: portrait of Peter by Sussie Ahlburg.]
Posted by Jessica at 8:35 am

Hatto, football and how to cheat, or not


Was the Joyce Hatto affair the biggest cheat in the history of classical music? Yesterday I finally saw Loving Miss Hatto, Victoria Wood's BBC drama about the unfortunate pianist and her husband, William Barrington-Coupe ('Barrie'). Mixed reports have been circulating in the music biz since the film was first screened over Christmas, with many feeling that the pair were given too easy a time and came over as too sympathetic - after all, they had perpetrated the biggest con trick the classical music business has ever seen. At least, as far as we know.

Quite apart from some fantastic acting by Francesca Annis and Alfred Molina as the couple in their advancing years, the film was rather more interesting than that. It is tricky indeed to produce a good drama about unsympathetic people - but if you can make the audience empathise with her/him (different from 'sympathise'), then you're halfway home. Here Loving Miss Hatto accomplished the nearly impossible, constructing a convincing plot around a central pair who are total losers - fantasists, no-hopers, convincing themselves that they aren't cheating when they are: "We flew too close to the sun..." is how they romanticise their failures. There's some canny script-writing, too, and superb characterisation - for example, Joyce's vile mother (make a character more sympathetic by surrounding her with characters even less sympathetic than she is) and the self-deluding Barrie, going to jail for tax fraud yet still insisting that he hasn't really done anything wrong.

The furore when the story broke in 2007 was intense to the point of scariness. JDCMB grabbed the news the minute it was out and I lost some sleep over the nuclear fallout that followed. What was so frightening? It was desperately out of proportion. The conspiracy theories, the trolls (back then, a relatively new phenomenon), the fanatics, the hysteria, the accusations of - well, of what? God knows! And over what? A rather sad and pathetic situation.

It was Robert von Bahr, the director of BIS Records (the label whose recording by Laszlo Simon of the Liszt Transcendental Etudes was ripped off in the scandal), who talked the most sense. When I phoned him at the time for my Independent article, he said this:

“I’ve given the matter a lot of thought and I think it will turn out to have been a desperate attempt to build a shrine to a dying wife. If this is indeed the case, I don’t think I will be pressing charges. Concert Artist is a tiny label with very limited distribution, and in some ways quite amateurish; this exercise was never a matter of making money. But it is likely now that William Barrington-Coupe will be ruined, one way or another, and that his beloved wife’s name will be forever associated with this incident. That in itself is punishment enough.”

Here, the film hit the nail on the head. It was a pathetic love story - yet it was no less disturbing an incident for all that. Because at the centre of it is an easy-to-slip-into amorality and self-delusion that permeates our world. Just have a look at this football piece from today's Indy, about Luis Suarez's alleged handling of the ball: http://www.independent.co.uk/voices/comment/luis-surezs-handball-cheating-isnt-cheating-if-you-dont-think-it-is-8443202.html

It isn't cheating if you don't think it is. So, back in the classical music sphere, some so-called live recordings are extensively edited but still labelled 'live', because it isn't cheating if you don't think it is. Neither is the promotion of third-rate musicians who can pay for the privilege of telling an underinformed public that they are geniuses, or bizarre results at certain international competitions, or the use in the 1980s, a time of intense financial cutbacks, of much-reduced ensembles in baroque/classical music because they were "authentic" (as opposed to "cheaper") - today, stand by for similar arty excuses about the benefits of using pre-recorded music in theatres... We all know, deep down, that the business is chock-full of con tricks, and none of them are cheating if you don't think they are. What's disturbing is the shard of human weakness at the heart of it all. We don't like being reminded of it, but there's a ring of truth. Everyone can be gullible when they want to be.

I reckon far worse things than l'affaire Hatto go on all the time. Now let her rest in peace.

OK, let's get Britten year off to a flying start

Here's a big Britten favourite of mine. It's the Piano Concerto, written when the composer was all of 25 years old. He had just met Peter Pears and not yet sloped off to the States. Britten, who was a very brilliant pianist when he wanted to be, was the soloist in the world premiere at the Proms and apparently finished the piece just in time for the first rehearsal. It's a wonderfully 1930s sound, full of an Art Deco glitz akin to Poulenc, Ravel or Prokofiev, and I've never understood why it isn't played more often. The most recognisably Britteny movement, of course, is the Intermezzo, which was a late replacement by way of slow movement and dates from 1945, hence contemporaneous with Peter Grimes.

Here's a performance of it to brighten a gloomy January Sunday: another Benjamin - Grosvenor, this time - at the Proms 2011, with the National Youth Orchestra of Great Britain conducted by Vladimir Jurowski. Benjamin G was 19. Incidentally, if you're wondering where he is at the moment, he's just been wowing Seattle with a spot of Rachmaninov.

Just stumbled on this little selection of out-takes from Vladimir Horowitz - The Last Romantic. Wow.

Fascinating correlation this morning between an article in The Guardian about the Large Hadron Collider at CERN and a script that I'm trying to finish exploring different interpretations of a notoriously elusive piece by Fauré: the Cello Sonata No.2, which dates from his 'Indian Summer' of 1921.

The Higgs boson, says the article, is just the beginning. The Collider will be used in future to explore the substance of dark matter and the existence of other dimensions, which apparently should be detectable through the wave-like movement of particles and the way they respond to gravitational force.

"What you'd expect is that as you reach the right energy, you suddenly see inside the extra dimensions, and gravity becomes big and strong instead of feeble and weak," says [Andy] Parker [professor of high energy physics at Cambridge University]. The sudden extra pull of gravity would cause particles to scatter far more inside the machine, giving scientists a clear signal that extra dimensions were real.

Extra dimensions may separate us from realms of space we are completely oblivious to. "There could be a whole universe full of galaxies and stars and civilisations and newspapers that we didn't know about," says Parker. "That would be a big deal."

It was a mention earlier in the article of "looking for signs of the missing energy and momentum" that reminded me of Fauré's Cello Sonata No.2. The metronome marks mean that this piece is supposed to go like the clappers, but the fascinating paradox of it is that some recordings that meet the markings sound like they're trying to finish the Xmas shopping at 11.59pm on 24 December, while some that are slower simply let themselves fly. Finding the reasons for missing energy and momentum is key to detecting which performers know best how to bring this late-flowering of Fauréan genius to life.

And it's the way the performers uncover the work's hidden depths that makes all the difference. From some, you'd scarcely know they were there. Fauré can be like playing 'pass the parcel' - he wraps up his emotional kernel in many layers, and hides it, but you know it's there somewhere, and you need to find it, and if you don't find it then the piece won't work - but if you do find it, the worst thing to do is splash it all over the place. He's hidden it for a reason. If you make it too obvious, the energy dissipates and the music loses its gravity, in every sense. Whereas if you let the gravity become big and strong as you reach the right energy level, then maybe you can see inside the extra dimensions - and my goodness, there's a galaxy in there of feelings that you never suspected could lurk within the bounds of a rather short piece for two instruments. It's chock-full of stars. (Not sure about the newspapers, though.)

Here is the piece played by Maurice Gendron and Jean Francaix, just for argument's sake. To find out my further conclusions, and my final top choice, tune in to BBC Radio 3's CD Review 'Building a Library' in a couple of weeks' time (I'll put out an alert once I've double-checked the date).