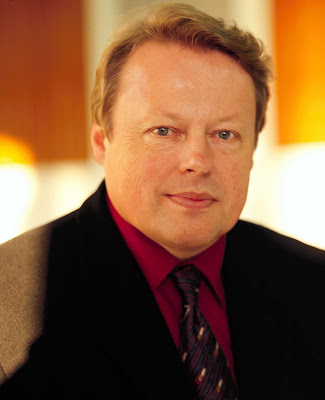 We're shocked by the news this morning that the conductor Richard Hickox died yesterday of a suspected heart attack.

The music director of Opera Australia, associate guest conductor of the London Symphony Orchestra, founder and music director of the City of London Sinfonia and much more, he was also a great champion of British music. Yesterday he had been in Wales for a recording session, adding to a discography that numbers more than 300 items.

I only met him once or twice socially, but emerged with the impression that he was a heck of a nice guy.

His agent, Stephen Lumsden of Intermusica, says: “The shock of Richard Hickox’s sudden and unexpected death will resonate right around the globe and has robbed the music world of one of its most popular and respected musicians. It also takes away from his beloved family a deeply devoted husband, father, son and brother. Literally thousands of musicians who were touched by his talent, energy and that remarkable generosity of spirit of his will feel that loss as well. Richard never wavered or faltered in his commitment and support for others even when faced with the most daunting challenges. His ability to inspire the best through his passion for the music he conducted created countless memorable performances in the concert hall, on the opera stage and on disc.”

UPDATE: Tributes: The Telegraph; a very touching memoir from Tom Service in The Guardian; producer/broadcaster Tommy Pearson at his blog One More Take. No doubt more to come.
TUESDAY: From The Independent. Stress? (Do not get me started on the effect of stress on musicians' lives and health. This issue needs a whole blog all to itself.)
Posted by Jessica at 9:36 am