My interview with one of my very favourite singers is in today's Independent: meet Angelika Kirchschlager ahead of her first-ever trip to Aldeburgh. http://ind.pn/lHqNtj.

It so happens that I was there yesterday... 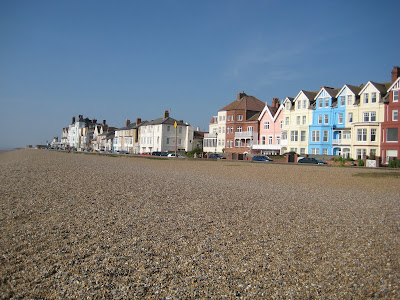 That was the beach about 24 hours before I wrote this blogpost... Two minutes in this extraordinary little place and you can start to wonder why you bother staying in London. The air! The sea! The sky! The croissants! (yes, all mod cons, thanks.) Of course, on a day as beautiful as that it's easy to forget what the winter is like - but I can safely say I didn't really want to go home. 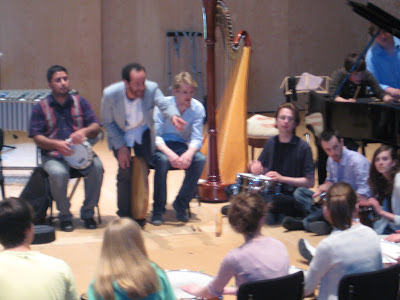 I went up to visit the Aldeburgh Young Musicians at Snape. The Britten-Pears buildings around the Maltings have been transformed into the type of space that just hungers for bright, creative youngsters to bound in and start making music. The Aldeburgh Young Musicians programme started about three years ago and chooses a number of gifted kids aged from 10 to 18 from all over East Anglia: they arrive at every possible opportunity to take workshops, write music and play it together. Aldeburgh takes them on board not as kids, but as young artists - and in this buzzing and beautiful atmosphere, they're flourishing.

This week the Road to Jericho boys are on board - Fifth Quadrant from London and Dal'Ouna from Ramallah, working together on instruments eastern and western. I watched a brilliant drumming workshop, led by Ramzi Aburedwan (pictured above, pointing). Ramzi gets the energy flowing and everyone is drawn in... until the drums almost play them, instead of the other way around. Earlier I gatecrashed a rehearsal of a piece that one boy had just written that day and which he conducted so clearly that several professional maestri of my acquaintance could usefully have watched him too. Might the ghosts of Britten and Pears have been lurking in a corner and smiling to see the spirit of music living on in this dedicated and passionate new generation? It's quite possible that Britten's most important legacy will turn out to be not his music (or at least, not just that), but the ongoing, lasting influence on Britain's musical life of Aldeburgh and Snape. 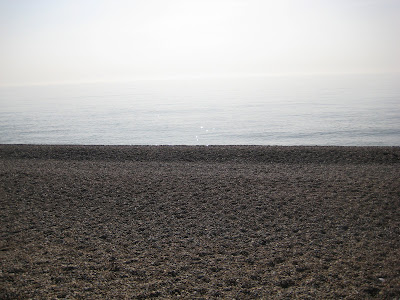 The kitchen produced a delicious Middle Eastern meal with couscous specially for the occasion; we watched a French documentary about the founding of Al Kamandjati; and yesterday morning I found myself sitting beside Ramzi in the studio, reading out the words of the Balfour Declaration of 1917. The fact that Ramzi and I, with our contrasted backgrounds, can sit and share and discuss the transformative effects of music has to say something about the nature of those transformative effects. If we can do that - a Palestinian who grew up in a refugee camp and a 'nice Jewish girl' from north London, who happen to share one big faith, that of music - then so, one hopes, can others.

Join us tomorrow at the Mosaic Rooms tomorrow at 3pm, where we'll be talking about all that and more together with Fifth Quadrant violinist Simon Hewitt Jones and film-maker and author Dennis Marks. There'll be chocolate hobnobs. http://www.mosaicrooms.org/how-to-find-us/
Posted by Jessica at 8:38 am