A quick dart to Dartington 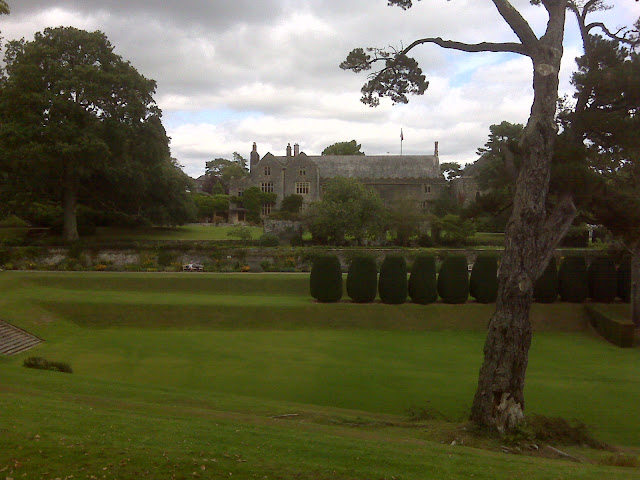 Revisiting the Dartington International Summer School of Music after more years than I'd like to admit, I've had an absolute ball. I was only there for a few days, but am now experiencing serious withdrawal symptoms, just as I used to when I was a starry-eyed piano student knocked sideways by proximity to such musicians as Schiff, Keller, Perlemuter, Imogen Cooper et al. But the biggest surprise was to find myself recognising the same people I saw there in 1982. I asked the familiar-looking gentleman opposite me at lunch whether he would indeed have been there 29 years ago. The reply? "Of course. I've been here every summer for 40 years." He was far from being the only one.

Some things are different, of course. The make-up of the masterclasses is unrecognisable: instead of Americans, Japanese and Canadians queuing up to audition in droves, everything's organised in advance and Stephen Kovacevich's class involved just five students, each of whom played to him most days. They came not from the US and Japan, but Poland, Lithuania, France and Russia-via-UK. The situation in the singing class with the irrepressible Della Jones seemed similar, and involved both eager amateurs and good students. Meanwhile keen attendees of all levels, including the basic, can take intensive classes with top-level pros like Helen Reid and Gemma Rosefield.

I'm promised by the new DISS artistic director, John Woolrich, and the Dartington head of arts, David Francis, that the summer school is secure, it's not moving, it's not closing, it has funding and access to more - being dropped by the ACE has given it a 10 per cent shortfall, but they regard this as manageable - and it will continue to delight its regulars and newcomers alike in the years ahead. Composition and contemporary music remain vital, but early music won't be banished. The mix is everything - and why shouldn't it be? That's what creates the magic.

One institution that's disappeared is the tradition of morning coffee and afternoon tea-break on the courtyard lawn - now you can get your beverages in paper cups anytime and take them into classes. It's a pity in a way, though presumably it frees up the schedule. The whole summer school is also much more integrated into the year-round Dartington activities, focused strongly on issues of social justice, sustainability, literature, poetry (the original Dartington was the brainchild of Rabindranath Tagore) and much more. And let's not forget the cider press. Powerful stuff, that home brew.

But what has not changed is the atmosphere. Partly it's the place - the medieval hall, which must be haunted up to the back teeth, never mind the back stairs - and the gardens with their gigantic, ancient trees and mysterious tiltyard. Still, what makes it so very special is that the audience at the concerts are all themselves performers, and vice-versa. Everyone is there to make music in whatever way they can. When we walked into Nick Daniel's oboe recital on Tuesday night, we bumped into a friend who's a retired cancer specialist and plays the clarinet. He greeted us in great joy. "I've just had the greatest day of my life!" he declared. "I played first clarinet in the Mozart Gran Partita."

The whole thing is completely infectious and life-enhancing. I took myself to the music shop (provided by good old Brian Jordan's, from Cambridge) and bought the Faure C minor Piano Quartet, which happens to be my favourite piece and is possibly the only thing that can tempt me back to some serious piano practice after a five-year hiatus (writing Alicia's Gift proved cathartic, but it got "the piano thing" out of my system that bit too thoroughly). Tom and I came back yesterday evening and the first thing we did was bash through the thing on violin and piano together. We haven't done anything like that in years. Somehow I don't think it will be another 20 years before I go back again.

Here are just a few of the musicians we've been hanging out with.