A Hungarian newspaper, Bors, has run a most bizarre story about strange goings-on in the Hungarian State Opera House. According to this report, mysterious accidents and illnesses allegedly blight the opera company and some rumours have been suggesting that this is being brought about by "black magic". Here's the original in Hungarian, if that's helpful.

The article goes on to cite (again, according to Google Translate) a case of epileptic seizures without previous history, while also suggesting that a young conductor suffered a nervous breakdown. 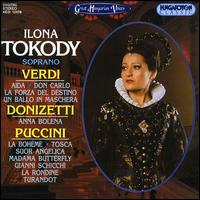 In Bors, the picture of the singer Ilona Tokody is captioned: "An elusive force pushed me into the depths"; according to their interview, she fell off a ladder and sustained a back injury. And that's just the start. The translation suggests she is saying that six other people have suffered accidents or illness, then adds: "I could not fight against it, but my guardian angel took care of me and saved me."

My Hungarian friends say the whole thing is complete nonsense...and actually it sounds to me much like business as usual in the theatrical world... Or perhaps a health & safety executive could look into the condition of the historic building, in which Mahler and Klemperer both conducted once upon a time.

Meanwhile the company's management is in a state of flux. The music director Adam Fischer resigned last year in protest over the Prime Minister Viktor Orban's media laws. Of which more shortly.
Posted by Jessica at 8:55 am