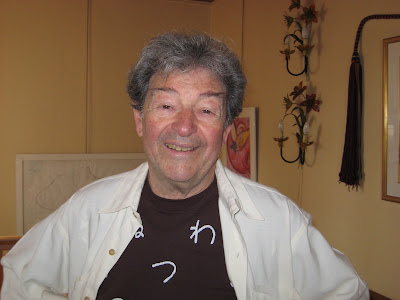 I was horrified to learn last night of the death of Devy Erlih, the violinist and professor whom I was lucky enough to interview in 2008, when he was about to turn 80. We hear that he was hit by a car on his way home from teaching at the Ecole normale de musique. After a life involving an extraordinary tale of survival, this seems a desperately cruel twist of fate. It was a joy and a privilege to meet him.

My feature about him for The Strad is now online in my website archive and you can read it here.

Having evaded the Gestapo in occupied Paris as a young boy, while his father somehow survived the notorious Vel d'Hiver incarceration, Erlih went on to defy the conventions of the day in terms of musical taste. He developed a passion for Bartok and Prokofiev - which saw him labelled "un mauvais caractere" by one of his professors - and devoted much of his life thereafter to championing contemporary French composers, at least when he wasn't attempting to revolutionise the style deemed appropriate for the performance of Bach. He married the daughter of the composer Jolivet and made some celebrated recordings of his father-in-law's works. He had many pupils and according to one of them - Philippe Graffin, who kindly served as interpreter for this interview, having alerted me to Erlih's work in the first place - he was an inspirational and devoted professor.

When we visited him, he was wondering how it might be possible to have some of his old LPs re-released on CD. Some record company somewhere is missing a trick.
Posted by Jessica at 5:10 pm