Rameau 250: don't just sit there, do something! 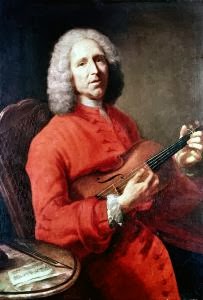 Jean-Philippe Rameau died 250 years ago, so there's a nice anniversary to provide an excuse to spotlight him. He's an absolute magician - just as his later successors, Ravel and Debussy, would be. I'm a late convert to French Baroque: I've grown to love the richness of its musical invention, its startling originality, its mellifluous beauty and its dizzying range of emotion - excitement, humour, sparkle, pathos and more - and Rameau is one of its reigning triumvirate, alongside Lully and Couperin.

Recently the tenor Lawrence Olsworth-Peter got in touch to say that he is starting a new opera company especially for the anniversary, the International Ramaeu Ensemble, so I've asked him to talk to us about it. Roll up to St George's, Hanover Square, for their big launch concert on 21 February.


JD: Lawrence, please tell us why you’ve decided to set up a new opera company for the Rameau anniversary? What will be special and/or unique about it? What will you do that’s different from others? [if it is] What do you hope to achieve?

LOP: The first and foremost reason for setting up the International Rameau Ensemble was the stunning music that Rameau composed, mostly as official court composer to Louis XV. 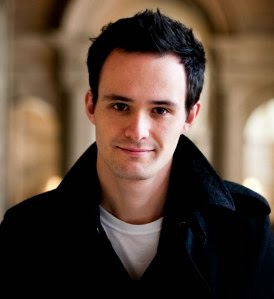 When I first heard it I couldn't believe how audacious his writing was that it made other baroque composers seem perfunctory! We are a group of baroque specialists who play all around the world with various ensembles including the OAE and London Handel Festival and we want to be the UK's first research led French baroque Opera company exclusively devoted to promoting Rameau and as it's his 250th anniversary this year we thought this is would be the perfect time to start it. We would love to bring Rameau's music to a whole new generation of music lovers who would never have had the opportunity to hear it live otherwise.

JD: How effective has Kickstarter been when trying to raise money for the project? Is it a course of action you’d recommend to others?

LOP: Kickstarter is a great phenomenon and was really good as helping us raise our profile online. Over half of kickstarter projects don't meet their target as was the case with ours, but there are many other crowdfunding sites out there now; you just need to know which one will best work for your project.

JD: Please tell us something about Rameau? What do you love about his music? Which pieces should people start with if they’re not familiar with it? 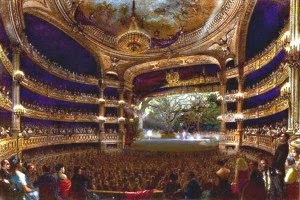 LOP: I was surprised to discover that Rameau didn't start composing operas until he was nearly 50 years old which, is in remarkable considering how many he wrote between then and his death in 1764. What excites me is how daring the music is and how he pushes the harmony, orchestration and singers right to the extremes of possibility. One of my absolute favourite pieces is 'Entree de Polymnie' from Les Boreades (I'd love to have this played at my funeral!) and the aria I love to sing the most is 'Lieux Funestes' from Dardanus so I would recommend either of those!

JD: Might this be a wonderful way to bring the great music of the French Baroque to a whole new audience? Why do you think this area of music hasn’t yet achieved the recognition it deserves in the UK?

LOP: Five years ago I had never even heard of Rameau's work even though I was already a professional musician and I think that is because music colleges haven't encouraged its performance and the British public are just not aware that his music exists. French baroque music in general is not regularly performed by music festivals, although there have been recent productions at ENO and Glyndebourne which is fantastic to see and we predict that it will increase within the next decade

JD: Please add anything more that you’d like to tell us about it?

LOP: I mentioned that we are research led and I believe that this is important so that people can see authentic performances of his work. One of our members is writing a PhD in Rameau orchestration under the tutelage of Graham Sadler who is who I is our honorary patron so we intend to also be a specialist training ground for young performers in this area.

Our big launch concert takes place on Friday 21st February 2014 at the beautiful St Geroge's Hanover Square where we will be performing 3 Grand motets by Rameau and we hope that you will join us and hear the music for yourself. We also have big plans for an Opera double-bill in the autumn so look out for that. For more information please visit www.rameau.eu