I'm IN, and here's why you should be too 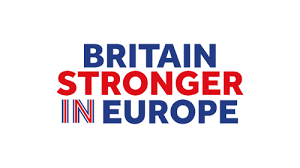 Today 300 historians have added their voices to the Remain campaign, pointing out that were we to leave the EU, the UK would simply become an irrelevance. They declare:

"As historians of Britain and of Europe, we believe that Britain has had in the past, and will have in the future, an irreplaceable role to play in Europe. On 23 June, we face a choice: to cast ourselves adrift, condemning ourselves to irrelevance and Europe to division and weakness; or to reaffirm our commitment to the EU and stiffen the cohesion of our continent in a dangerous world."
The full list of signatories is here.


Now, maybe you like the idea of the UK drifting away alone into mid-Atlantic, leaving us isolated and Europe weakened while Putin runs Russia and Trump may soon run America? I sure as hell don't. Neither do I much like the idea of our resulting isolation being run by the particular bunch of deluded ideological fantasist politicians, of many political hues, who are supporting "Brexit". To say nothing of the leader of the French National Front being in favour of it.

It seems a no-brainer that for the music industry in particular "Brexit" would be a complete disaster. Here are some vital reasons to vote to stay in if you are part of this exceptionally international sphere.

• At the moment, UK musicians have the right to work anywhere in Europe and can therefore with ease take up posts at orchestras ranging from Berlin to Gothenburg to La Scala Milan with freedom should they be fortunate enough to be appointed. Likewise, European musicians can come to Britain and many do indeed bring their expertise to our finest orchestras. Standards have gone up enormously as a result and the performers' own horizons have a chance to expand unimpeded. If we lose this, quality levels will most likely drop and career prospects for UK musicians will be unnecessarily hobbled.

• UK orchestras and chamber groups travelling around Europe don't need working visas at the moment. If suddenly a working visa is required for the Schengen area, logistics will be vastly more complicated and the cost of it all will rise considerably.

• Workers' rights. Matters like maternity leave, holiday pay and more are protected by EU directives. Take those away and the pro-Brexiters left in charge will get rid of your rights faster than you can say Emmeline Pankhurst. If you want to be in the hands of those who will skew the already dangerous imbalance ever more towards the employers, cutting the pay, the rights and the dignity of everyone else, then vote Brexit...

• Music students, want to avoid crippling debt from college fees? Go and study in Germany. It's FREE. If we leave the EU, this will no longer be possible. (And remember, just because our schools don't bother to encourage it, that doesn't mean you can't learn another language. You can. Anyone can. Speaking different languages is a major advantage and you won't regret the time and effort you put into it.)

• Calling all Kaufmaniacs - and any music enthusiast who loves to travel to hear favourite musicians, rare operas et al: your air fares will rise, you may need a visa and if the pound falls as much as the Chancellor says (18 per cent) it will cost you a very great deal more.


In the interests of "balance" I've been trying to think of one advantage for the music industry of leaving.

Nothing. Null. Nix. Nada. Nul points. (Oh, right - perhaps if we exit Europe we would have to leave the Eurovision Song Contest. That would be an advantage because the British entries are usually so embarrassing.)

So instead, here are more reasons to stay. The ticket agency Ticketbis (an organisation which helps fans resell and buy tickets for events all over the world) has been in touch with some further points. Most of them are couched in terms which apply to pop music, but the principles are exactly the same:

Tax: The cost of buying records and merchandise online could also increase for both people in the UK buying from Europe, and people in Europe buying from the UK. At the moment, you don't have to pay VAT or customs duty on imports and exports within the EU, but Brexit may change this.


Digital downloads could be affected too. Artists currently selling downloads don't have to register for VAT in every EU country, which could change should Britain leave the EU.


Smaller acts: The people who would be affected the most by Brexit are smaller acts who rely on touring Europe or heading to European festivals to gain exposure.


Bands will only be able to tour if a promoter makes them an offer to perform, and with the additional paperwork, European promoters may be less inclined to bother with smaller acts.


For artists who are not in the EU, a Schengen visa costs €60 per person (£45 to £50 depending on the current exchange rate). Four band members, a driver and tour manager puts an extra £300 on the cost of a tour.


Travel costs: The Association of British Travel Agents (Abta) has already warned that Brexit could be a disaster for the travel industry, both for tourists and business travel. The knock-on effects for the music industry – where fans travel as tourists and bands travel as businesses – could be significant.


Thanks to Britain’s current membership in the EU, it enjoys the EU-US open skies regulations, which mean flights between EU countries and the US are cheaper, more regular, and can be done to and from far more destinations. However, this could change if Britain leaves the EU.


The rising travel costs will no doubt  affect the fans, whether they're following their favourite musicians on tour or heading out to European festivals. But it’s not just the extra cost which could affect fans’ ability to travel - free healthcare access, financial protection, freer movement of goods, caps on mobile phone charges and compensation for delayed flights are all benefits that come with EU membership, and could ultimately be lost should brexit take place.


Jaime de Miguel from Ticketbis said: “Over half (54%) of ticket sales through Ticketbis for events in the UK in 2016 have been from international fans that travel to the UK to attend music events. If the UK was to leave the EU these figures could be seriously affected and opportunities for fans to see their favourite artists live could be slashed.”