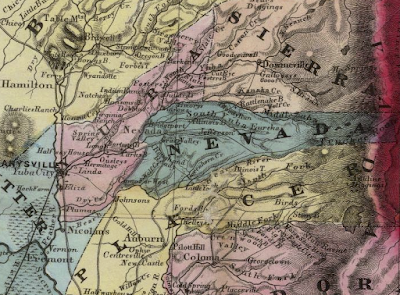 News from John Adams's website tells us that this much-loved American composer has been hard at work on his biggest creation since The Gospel According to the Other Mary. His new opera is called Girls of the Golden West - yes, really - and is to be premiered in San Francisco in, he says, November 2017.

The libretto is by Peter Sellars and, like the pair's two previous works together - the Other Mary and Dr Atomic - is compiled out of original texts from a variety of sources, this time including chunks of Mark Twain's eyewitness accounts, newspaper articles, letters, Gold Rush songs, political speeches, journals and a spot of Shakespeare. Set in the 1850s in mining camps in the Sierra mountains during the California Gold Rush, the story is a searing indictment of racism in American society of the time. It's violent, disturbing, tragic. But I can't help adoring the name of one central character, a Chinese prostitute called Ah Sing.

Here's the full synopsis. Take a deep breath: it's strong stuff.
Posted by Jessica at 8:11 am