Nights in the garden of panic 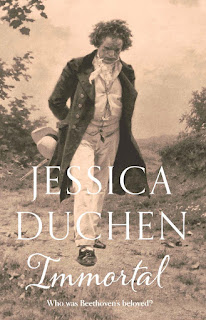 If you're a subscriber to 'Immortal', which is due out on 29 October, you should by now have received a message from Unbound announcing that the book has gone to press. So there we are: done, dusted and ready to rock. People have been asking how I feel, expecting "great", "thrilled", "proud" and "let's PARTAAY...except we can't..." .
The reality is that I'm scared witless.
I'm sure I'm not the only person who, throughout this hideous year, hasn't been enjoying the dark. I've woken in the small hours almost every night in a state of anxiety that does violence to my mind, heart and physical state.
Sometimes it's about the cat throwing up: is it really just hairballs? Next up, so to speak, the collapse of the arts: 64 per cent of the UK's musicians are thinking of leaving the profession, according to the ISM. If you've lived half a century fuelled, inspired and/or paid by music and theatre, the prospects are bleak. Then the knock-on effects: where will we all be in a year's time? Will we even be alive to witness the wreck our country will become if there's a no-deal Brexit? Oftener than not, I'm feeling as if I'm on the Titanic yelling about the iceberg ahead, and everyone's shrugging and saying "but it's not in anyone's interests to hit an iceberg...".
But that's not what's waking me in the nocturnal garden of panic. It's something worse: THE BOOK. Have I overwritten? Have I left out something crucial? Have I interpreted x, y or z right? Are people in the right place at the right time doing the right thing? Have I thanked all the right people, and what will they say if I haven't? If not, tough: it's too late. I find comforting words to talk myself down: the book is long because it starts in the 1790s, ends in 1828, and is written from Therese's perspective in 1759, so there is a lot to fit in - and I have actually cut 21,000 words.
It could easily have been double the length. Gigantic 19th-century novels were fine in the 19th century, but no longer. I excised a whole chapter exploring notions of romanticism and it pretty much broke my heart; but then, I never finished reading Les Misérables because Hugo takes us into a labyrinth of a section set in a nunnery, which goes on and on, and I failed to find my way out. If only someone had said, "Look, Victor, about that nunnery..."
As for people being in the right place at the right time: sometimes they're not, because if Therese is observing her sister, she has to be there with her. Therefore at some moments I've put her in Vienna although she was, in reality, in Budapest. I am upfront about this in the "author's note". Is there still such a thing as "artistic licence"?
I can justify all these questions and alarms all I like, but I still wake up panicking. A Facebook post asking how people deal with anxiety attacks produced such a welter of responses that it's clear innumerable others feel exactly the same way. If you do: my sympathies and solidarity.
I still don't know which, if any, of our autumn narrated concerts will go ahead - sadly, Oxford at the Holywell Music Room has been cancelled, or at least postponed. I don't know when we can have our launch party or give one special benefactor his private concert. I don't know if the book will be welcomed and praised, or if it and I will be torn limb from spine. You may like it. You may loathe it. It's up to you; either way, there's nothing more I can do about it now.
Thank you from the bottom of my heart for your support, your kindness and your enthusiasm for the idea of IMMORTAL. I hope the reality will live up to it.
Please excuse me while I go and pop another Kalms.
Posted by Jessica at 11:25 am