Eugene Birman has sent me a fascinating piece about how a university research project that he initiated pre-pandemic has been reimagined for the Covid-19 era - using holograms. Is this the future? Who knows - I can hardly see more than a few days ahead at the moment and I am sure I'm not the only one - but what's certain is that it is emblematic of the creativity, originality and sheer determination with which so many people in the arts world are responding to the situation in which we find ourselves. I hope that we can take heart, build on the positives and find a way forward, possibly one that will break down boundaries in all kinds of new ways. I am not the planet's most optimistic person at the best of times, but I do have hope. Which is different. Over now to Eugene's guest post. JD 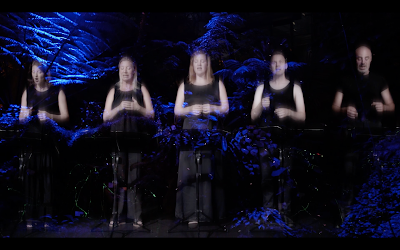 There can never be enough ink spilled on the global catastrophe in which the performing arts finds itself at the moment. From my own vantage point in Hong Kong, where pandemic and protests have, in concert, over the past 12 months effectively cleared the entire live performance calendar, the term ‘catastrophe’ is particularly apropos because the public life in the city is essential to its functioning - with the smallest average home size in the world, the street is our living room, and the concert hall our home theatre system. Yet to focus on what we don’t have distracts from a conversation on what we could have. Today, the ink spills in the direction of some positive, practical thinking.

Eighteen months ago, back when a trip to London was about as easy as one across Hong Kong harbor, I initiated a university research project with installation artist Kingsley Ng in how arts and computer science could reflect on global climate change, a guilt-free musical discourse on the indisputable facts. We had a plan - a big data-fueled art and music installation on how we relate to air in Hong Kong, which, with no heavy industry of its own, has lost its clear skies increasingly to smog from an industrializing world.

Theatre of Voices would sing it, we would work with groups of young people from the Hong Kong Children’s Choir - the real stakeholders of our current-day decisions - to design a text to sing that they actually wrote, and bring audiences in small groups on a narrative adventure through a lush and lavish greenhouse in the center of the city, the Forsgate Conservatory. ARIA 空氣頌would combine symbolism, star performers, and a scheduled premiere in September 2020 during the Autumn Festival, which, away from its colored lanterns, is traditionally a time to reflect on our connection to the Earth. 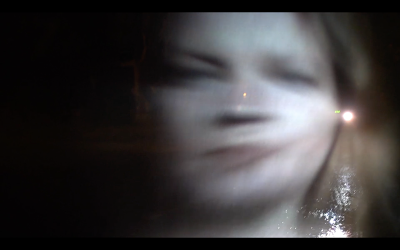 History, evidently, took a different course. The complete closure of the city’s external borders meant bringing Theatre of Voices to perform live would be impossible. Strict guidelines on social distancing inside enclosed spaces, the impossibility of rehearsing the children’s choir due to restrictions on assembly and closed schools, and then a third wave of infections in the latter half of July: I suppose the right idea would have been simply to postpone to some far-off date in a less dystopian future.

But somehow we insisted on adapting to this whole thing, and with the frankly unprecedented support and encouragement of the city’s Leisure and Cultural Services Department as well as Hong Kong Baptist University, not to mention a tireless team led by curator Stephanie Cheung, the project in its pandemic-proof, but conceptually unaltered, state will go live in mid-November.

The key, I think, was to preserve the live element. Certainly, streaming performances have allowed musicians to at least continue to exist in the public consciousness, but we do not experience them as an audience as much as we simply consume their content. Back in May, we started investigating the possibility of rendering Theatre of Voices as holograms, keeping their presence as performers in the physical space intact.

By the end of August, we had 335GB of video and audio footage, meticulously shot in Copenhagen to Kingsley’s specifications. The Hong Kong Children’s Choir somehow learned a microtonal score over Zoom, with rehearsals beginning live only the second week of October due to relaxed gathering restrictions. And while we’re not quite sure whether a public audience will be permitted for the live event or not, should they be, they will experience the show at most 20 to a group, allowing for ideal sightlines and plenty of separation. Having the holograms allowed us to increase the live shows from three as initially planned to eight nights with perhaps two shows per night; those 335GB are working very hard for us. 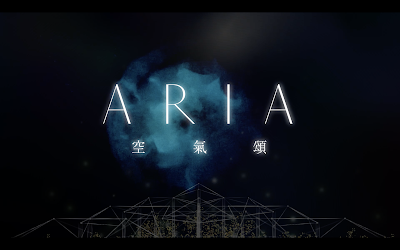 It’s been sufficiently mentioned already that the new reality of travel, even if temporary, asks valid questions of whether star performers genuinely need to carve such a global (carbon) footprint. They certainly look convincing in their hologram form in the greenhouse tonight - artistically expressive, with the added adrenaline of having to learn and record an eighty-minute work in the space of a week. And in a work about the environment, it’s what we should have done all along anyway.

Fundamentally, the decision to postpone events and cancel seasons is generally understandable, but relies on the naive idea that the world next September will be precisely like the world in 2019. What if it won’t? As social distancing grows untenable, so will streaming become insufficient and further delay, impossible. What then? The post-pandemic concert is, in fact, a puzzle for our lonely present.