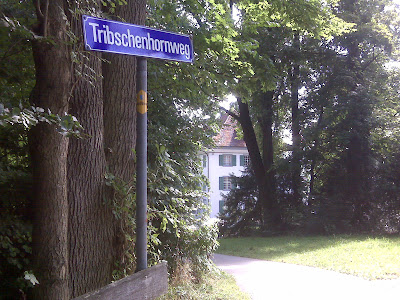 I've just been to paradise, aka Lucerne. This Swiss lakeside city has got to be one of the most beautiful spots in Europe (and its KKL concert hall matches that point for point).

Wagner must have thought so too, because he lived here, at Tribschen (above) - a beautiful, good but gentle walk along the lakeside from the hall, the house is in a location second to no other. And it was here, on the stairs, that he assembled an ensemble of musicians to play the Siegfried Idyll to Cosima - who was upstairs in bed - on her Christmas Eve birthday. The view from the house is really not bad. 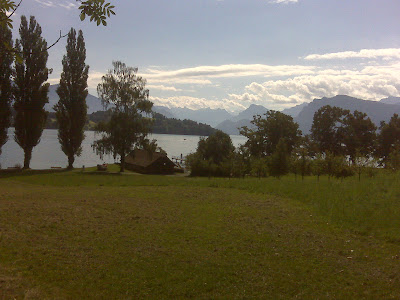 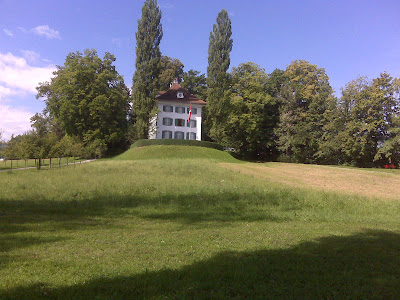 The only thing in Lucerne to convince you that you're still in the real world is...cost. With the Swiss franc among the world's strongest currencies at present, and the dear old pound plummeting, you pay, for example, more than six quid for a frappuccino and about seven for a reasonably decent sandwich. When I have written my 25th bestseller and all the other 24 have been filmed starring Daniel Craig and Rachel Weisz, I shall consider moving there. More about the concert I attended soon, but for now, suffice it to say that it was the Lucerne Festival Orchestra with Abbado...

Meanwhile, I wrote a piece about the agony and ecstasy of film music, for The Independent - it came out on Friday in time for the film music Prom and pays special attention to that desperately underrated centenary boy of 2011, Bernard Herrmann. Couldn't post earlier as was on the move, but here it is.

Yes, Korngold is in it too, but he would be - and I'm also delighted to say that next year I'll be doing a Radio 3 Building A Library broadcast to choose the finest available CD of the Violin Concerto, which is good news because it's a sure indication that now there are plenty available.