It’s done! The premiere of Being Mrs Bach was yesterday at 5pm and it simply flew by. It’s almost impossible to sum it up...but the great reward, when you’ve dreamed up a project and you can see it in your mind’s eye, and then months later that image actually becomes reality and does what you want it to do - that’s a good feeling.

The original commission for Being Mrs Bach came through last summer from Kathy Stott and Tom and I took off to Leipzig to experience Bach’s environment as far as humanly possible. The trip made a big difference to the story, because there is information at the Thomaskirche, the Bach Museum and the city museum in the Town Hall that provides colour and authenticity that would not have been available to me from the comfort of my bookshelves. Anna Magdalena’s tragedy was that she gave her whole life to Bach and her family, only to find, first, that she could no longer sing - women were not allowed to sing in public in Leipzig - and then, after JSB’s death, she and her youngest daughter were left reliant on charity as, for some reason, the other children gave her little support. In 1894, when Bach’s body was exhumed so that scientists could measure his skull, hers was left behind. By the time he was reburied in pride of place in the Thomaskirche in 1950, anything that remained of Anna Magdalena had probably been blasted to pieces by allied bombing.

How to choose the right pieces from Bach’s gigantic output to include in the show was, to put it mildly, mind-boggling - especially with such an eclectic roster of astounding musicians available to take part. But as soon as Kathy let me know who my singers could be, things began to fall into place. The chance to persuade Roddy Williams to sing ‘Mache Dich’ from the St Matthew Passion to finish the show seemed almost too good to be true, and he kindly agreed to sing ‘Hat man nicht mit seinen Kinder’ from the Coffee Cantata as well. The glorious soprano Siobhan Stagg sang ‘Bist du bei mir’ - such a favourite of mine that we had it at our wedding. (You may have seen Roddy and Siobhan as Papageno and Pamina in The Magic Flute at the Royal Opera House last year....).


Mrs Bach with her Sebastian and Magdalena... Roddy Williams, me and Siobhan Stagg celebrating post-concert tonight! #afcm #afcm18 #australianfestivalofchambermusic #townsville #beingmrsbach
A post shared by Jessica Duchen (@jessica.duchen) on Aug 1, 2018 at 5:05am PDT

The Goldner Quartet are in residence - who better to tackle the legendary Unfinished Fugue of The Art of Fugue? The effect is devastating: this magnificent complexity unfurling in phase after phase suddenly peters out into silence with a few final notes on the viola. Daniel de Borah contributed not only two splendid solos - the chunky, good-natured E flat Prelude and Fugue from Book 2 of the 48 and the ubiquitous Minuet in G, beautifully embellished on its repeat - but also accompanied Siobhan and joined the Winterschool’s very accomplished student quartet and bassist Kees Boersma in the ensemble for ‘Mache Dich’. Guy Johnston played the first movement of the C major Cello Suite, just as Anna Magdalena remembers how she made fair copies, put in all the bowings and used to imagine that one day someone might find those pages in her handwriting and wonder if she wrote them herself... ;).

Funnily enough, the single most complicated part of the process was setting up the stage. We wanted everyone there all the way through for ease of running - we only had an hour - and it can be hard to tell in advance what will fit and what won’t. Solutions were found, lighting was planned, and everyone made valuable contributions to the placements and the flow.

And to judge from the audience reaction, I think it went pretty well.

It’ll be a wrench to say goodbye to Anna Magdalena and return her dress to the costume store, but I hope she may simply be awaiting a resurrection of her own, should any more concert halls or festivals fancy meeting her.

Onwards...and today I am giving the Winterschool a lecture about eight - or nine - wonderful composers across the ages who happen(ed) to be female.

Posted by Jessica at 1:01 am Links to this post

In which Anna Magdalena goes to Australia

You might remember I trotted off to Leipzig in October and was duly bowled over by Bach's Thomaskirche, to say nothing of all the Mendelssohn and Schumann connections. But there was a special reason for going to see Bach's home environment, and at last it is all announced. 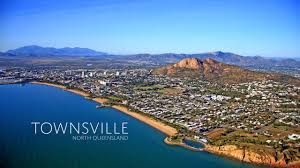 Kathryn Stott, who has taken over as artistic director of the Australian Festival of Chamber Music in Townsville, Far North Queensland, has assembled an astounding, fresh and gorgeous festival for this July-August, with a stunning array of international performers and repertoire old, new and brand-new, from Chausson to Bach - the violin partitas by candlelight with Karen Gomyo - to the Gypsy Kings; Chinese music from Sheng master Wu Tong, and Argentinian bandoneonist JP Jofre with tango; and there'll even be concerts on uninhabited coral islands - Townsville is on the Great Barrier Reef coast. The full festival programme is here. And I am just a little bit thrilled to be part of it all. The festival has performed some of my stuff before - A Walk through the End of Time and the Viardot-Turgenev programme were both done there 8-10 years ago under Piers Lane's direction - but for logistical reasons this will be my first visit.

Kathy has commissioned a new music-and-words piece from me called Being Mrs Bach. It's the story of Anna Magdalena Bach and will be in the Bach by Candlelight evening on 1 August, with music from baritone Roderick Williams, soprano Siobhan Stagg, cellist Guy Johnston and many more - here's the full programme and line-up - and I get to narrate it myself. I am also giving a talk in the festival's Winterschool about some notable women composers of the past. As for the prospect of sitting on stage while Roddy Williams sings 'Mache dich mein Herze rein', I reckon for that it would be worth going to the ends of the earth. (And do you think Anna Magdalena wrote the cello suites?)

Posted by Jessica at 8:01 am Links to this post