Vengerov: Beethoven breaks all the walls 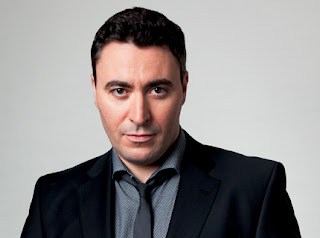 My last face-to-face interview before lockdown was with Maxim Vengerov. Looking back on the transcript now, it's so strange to see the list of countries, venues, orchestras, repertoire that he had coming up for the rest of this year. It hammers everything home somewhat. There was much I could not put in the article by the time I came to write it, because it was clear that none of this was actually going to happen. It was supposed to trail his big anniversary concert at the Royal Albert Hall in June - 40 years on stage (though he's only 45). That has, of course, been postponed until next April.

For The JC we talked about growing up Jewish in Soviet Russia and playing Bach by the fence of Auschwitz, amongst other things. Also, Maxim is releasing his latest recordings exclusively through IDAGIO and you can get 2 months free trial of its premium service by entering the code 'Maxim Vengerov'.

However, there were some bits that did not make it into the article, and one of them was about Beethoven. Here is the resilience we need. I wonder, at the moment, whether I will ever be able to do an interview in person like this again. Let us keep hoping. And I don't usually pray, but now I would.


JD: What are your thoughts about the Beethoven anniversary?

MV: For me Beethoven is always contemporary. I just can’t believe it’s 250 years! From now on, it doesn’t matter - 250 or 400 years, he’ll always be there with us. His message is so sharp and so quick, like a razor - it goes to anybody, through any society, it breaks all the walls and all the barriers, no matter which language you speak, which religion you belong to, which political wing you belong to. Beethoven is always there with us, he always reflects our strength and shows us the way from darkness to light. In a way, for me every year is Beethoven year!
Posted by Jessica at 11:48 am Links to this post