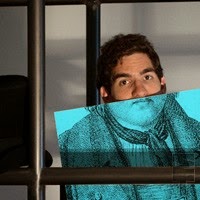 Ever wondered why we don't hear Schubert's operas more often? Occasional extracts, recorded by the likes of Jonas Kaufmann and Christian Gerhaher, prove that within them there is some vintage Franzi music; now and then, too, an enterprising company in Germany or Austria sees fit to give Fierrabras or Alfonso und Estrella a peer over the parapet, though this is rare. Too many operas are let down by their lousy libretti, and Schubert's, sadly, are no exception. But the music, the music...

Now, though, Kammeroper München has a brand-new Schubert opera for us: nothing less than the story of Kasper Hauser.

Please have a little listen to this: http://www.br.de/mediathek/video/sendungen/nachrichten/urauffuehrung-kaspar-hauser-100.html

The story is much older than the Werner Herzog film, of course: the 19th-century legend of a child who appeared as if from nowhere in a village square, unable to talk; on gaining the power of speech, he proved a wunderkind in terms of intelligence and, possibly, prophecy.

But true enough, the scenario is not one that the composer picked for himself. The librettist Dominik Wilgenbus and the composer and arranger Alexander Krampe have this summer transformed Kasper Hauser into an opera, with music drawn from extracts of Schubert: the operas, the early Lieder and more. It is having its world premiere run now and until 13 September at Schloss Nymphenburg in Munich: full details here.

More info from the Süddeutsche Zeitung here, and an interview (German) with Alexander Krampe from Merkur here.

And if you're wondering about the calibre of Schubert's operatic music in general, just try this.

Meanwhile on these shores we need to get back to blogging PDQ. Solti was always here to help me along with encouraging purrs, and I reckon he wouldn't have wanted everything to come to a standstill now that he has gone.
Posted by Jessica at 10:38 am Links to this post