I've just been to Wexford to review the Opera Festival for The Independent and the piece is out now, here. 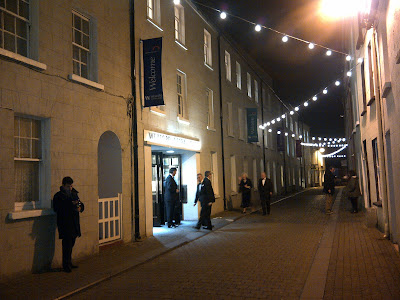 It was great to be back at the only festival where you walk through a row of terraced houses to find yourself in a state-of-the-art bijou opera house that you can't actually see until you're in it; where the first singing you hear is by the audience, who give their all in the Irish National Anthem; where the directorial team stands by the doors at the end to greet and thank everyone for being there; and where you can hear the stars before they become stars and appreciate forgotten delights of the repertoire reaching the limelight at last. Such is Wexford's reputation that the great and good of the opera world descend on it from all over. Chat with someone in the hotel lift and he'll probably turn out to be the chairman of an opera company from the other side of the globe. If you're the sort of music-lover who feels that an opera doesn't necessarily have to be as good as Don Giovanni in order to merit a hearing, Wexford is for you. 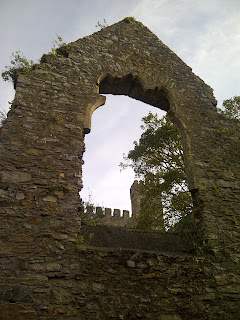 As usual, the festival conjured a trio of rare marvels out of the back catalogue of operatic history: works by Chabrier, Cilea and Delius, with the latter's A Village Romeo and Juliet calling for particular spotlight in our favourite Marmitey-composer's anniversary year and supported here by the Delius Trust. You know 'The Walk to the Paradise Garden', which is an orchestral interlude from this opera? The rest of the evening is equally gorgeous. Honest to goodness, guv: it's one of the most beautiful operas I have ever heard.

I'm in danger of turning into one of those people who rants on and on and on about Delius, but I was bowled over, partly by the poignancy of the work - it distils the tragic beauty of life into a potent brew indeed - but perhaps even more by the anguish that a piece so poetic, so delicate, so exquisite, has had to go unappreciated all these years. I hope that's going to change now, because it should. OK, it doesn't match operatic norms - it's slow, the libretto is weak, the protagonists are Swiss (is that the kiss of death?). But so what? Silk chiffon is not invalid just because it isn't cashmere. 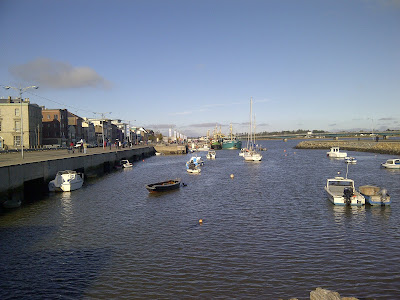 Chabrier's Le roi malgre lui (King In Spite of Himself) proved to be a totally bananas concoction in which the French king is elected king of Poland against his will. For Chabrier, it provides an excuse for a dazzling array of cleverness, confusion and coloratura, poised somewhere between Gounod and Ravel. The second act in particular is a Laduree's-window of truly yummy set pieces - waltz, barcarolle, Gypsy song - any of which would make brilliant stand-alone concert pieces. Shame about the production, but the singing was great. Ditto for the Cilea L'Arlesiana - based on the same play for which Bizet wrote his very different incidental music. A very full-on Italian verismo job, this, much relished in the pit by David Angus and the enthusiastic orchestra, and on stage turning up several potential new stars, notably the Italian mezzo Annunziata Vestri and the Russian tenor Dmitry Golovnin. The latter's lunchtime recital was also a major highlight of my visit. I enjoyed his performance so much that I grabbed him for an impromptu interview, which I shall bring you at the first opportunity.

Meanwhile I'd have loved to see the face of the Chabrier's super lead soprano, Nathalie Paulin, on learning the identity of the gentleman she selected at random from the audience to dance with her in her cabaret show. He was Antony Craig, production editor of Gramophone. Read his blogpost about Wexford's Delius here.
Posted by Jessica at 11:25 am