'Immortal' is out, and so is its Wigmore digital launch

It's publication day for Immortal. I am overjoyed to say that we are sending it out into the world with a digital launch presentation from the stage of the Wigmore Hall, thanks to the unbelievably kind invitation of John Gilhooly. 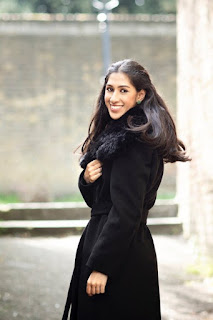 I'm joined in a unique words&music presentation by the rising star pianist Mishka Rushdie Momen (pictured left), who plays the Beethoven Piano Sonata in F, Op. 10 No. 2. It was a memorable day: both of us were back in the hall for the first time since lockdown and I certainly felt a little strange performing to the empty auditorium, where I've enjoyed so many unforgettable concerts in better times. I hope you enjoy hearing the readings from the early part of the book when Josephine and Therese meet Beethoven for the first time, become his pupils and hear him improvise; and Mishka's playing is out of this world.

My profound thanks to Mishka, John, my lovely publishers Unbound, and the entire Wigmore Hall team for making this possible.

Meanwhile, Immortal is now available from all good bookshops. Enjoy!

Masterclass with a legend


The other night I was fortunate enough to be drafted in by the Chopin Society as interviewer for a very special evening at Steinway's with Professor Andrzej Jasinski from Katowice, the former teacher of Krystian Zimerman and president of the jury at the Chopin Competition these past several sessions. First he played us some vivid Mozart and Chopin; then we discussed all manner of things; after that, he taught two gifted students including Mishka Rushdie Momen (top left), who has appeared on the Andrew Marr Show (amongst other accolades) and is in the final of the Dudley International Piano Competition next week.

Prof Jasinski's energy, charm and insights seemed boundless. I found myself marvelling at the mystery and complexity of the process by which music must travel from the composer via the brain and into the hands. Controlling the articulation, the professor demonstrated, is vital in order to inject a communicative, speaking sound into every turn of phrase, indeed every note.

We covered numerous topics in the interview. Prof Jasinski reminisced about a day sometime in the mid 1960s when he was assistant in Katowice to a great professor who had met Brahms...and called Jasinski asking him to teach a small boy from nearby Zabrze who needed a younger teacher. The lad's name was, of course, Krystian Zimerman. It was several years later that Jasinksi realised exactly how special his charge was: aged about 13, Krystian was asked to play Rhapsody in Blue with an orchestra, learned it in three weeks and did a great job. But to nurture such a talent, Jasinski added, you must go slowly, step by step; and he lauded his star pupil's parents for not pushing him into the limelight too early.

It's also not every day you get to ask an expert of this magnitude what the key might be to playing Chopin's mazurkas - and find a response that is so practical, solid and detailed. First of all, he promises that you don't actually have to be Polish to get the hang of them, pointing out the excellent playing of Fou Ts'ong. Next, look at the score! The indications show you where to sustain a note, where it is staccato and where an enhanced mark tells you it's more than a staccato: a jump. But a jump only in the melodic line, not the left hand as well.

The professor finished our discussion by demonstrating Chopin's closeness to Mozart. Arthur Rubinstein, he remarked, used to say that you should play Chopin like Mozart and Mozart like Chopin. He took lines of Chopin and added Mozartian accompaniments, for example turning the Fantasie-Impromptu into Rondo alls Turca as if by magic. In the masterclasses that followed, Mishka played the Polonaise-Fantasie, which to Jasinski is full of Chopin's feelings for his native Poland: conflict, fear, happy memories, the pounding of horses' hooves in battle and ultimately optimism for the future.

At discussions afterwards, I was just reflecting upon the way that a life in music can keep someone so young and energetic (the professor is 78, but followed an intense schedule of masterclasses in the various London conservatoires through his visit this week), when I met someone from the audience who was still teaching piano aged 91 - she was a former pupil of Gina Bachauer. This on top of having just received an advance copy of a CD that captures Menahem Pressler's 90th birthday concert with the Quatuor Ebène in Paris (Dvorak Quintet, Schubert 'Trout', etc) that overflows with joy in music-making.

Philip Glass may advocate yoga and vegetarianism as a secret to long life and good health, and I'm sure those help. But if you want to stay young: be a musician.