Royal Ballet is OUT of Les vepres sicilienne at the ROH

Big news from Covent Garden for last thing on a Friday afternoon. Here's the press statement. Suffice it to say that for the theatre's own glorious ballet company, and its school, and the Royal Danish Ballet too, to be out, wholesale, replaced by "freelance dancers", in which had been much vaunted as a flapship production for next season and the climax of the Verdi bicentenary is - well, rather operatic. Ooof.

“We regret that it has been necessary to rethink the inclusion of the Four Seasons ballet, in its entirety, from Act III of The Royal Opera’s new production of Les Vêpres siciliennes which opens in October. As a result of artistically differing approaches to the project between Johan Kobborg and director Stefan Herheim, Johan Kobborg and The Royal Ballet will no longer be working on this production.”

“We are delighted that choreographer Andre de Jong, who has previously worked with director Stefan Herheim on his production of Eugene Onegin in Amsterdam, is now the choreographer, working with freelance dancers.”

The New Creativity - a guest post from James Inverne

I'm away at the Ulverston International Music Festival in the Lake District, doing some nice concerts. More of this soon. Meanwhile, delighted to offer this guest-post from my colleague James Inverne, formerly editor of GRAMOPHONE, about his new Lorca Songs show, which is at St John's Smith Square next Tuesday (and unfortunately clashes with my Hungarian Dances concert at the St James Theatre Studio!) JD

James Inverne on jumping across to the other side of the footlights, and writing a show 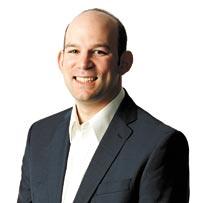 What exactly is creativity? I remember a rather wonderful anecdote, somewhere in Stephen Glover’s compendium of essays about journalism, “Secrets of the Press” about a newspaper owner who, wandering through his own newsroom, complained to his editor about so many people “doing nothing but staring out of the window”. That, it seems to me, starts to define creativity pretty well – the art of productive window-staring. If you’re faced with a brief, or a challenge, or a job, and you can find a way to expand its possibilities by engaging imagination, context, presentation than you will be dubbed creative.

A few years ago this did not necessarily feel like a great thing to be. At least, as the recession bit and reality hit, the focus of everything seemed to be on number-crunching and belt-tightening. On the web, for instance, it was all about lists, about things that would come high in SEO (search engine optimisation) and those things remain important. But there’s something else in the air, a renewed sense of the importance of creativity. At times of crisis finding “creative solutions” is a phrase one hears a lot, and it usually means cutting budgets. But after that comes real creativity – a sense that we should see what we can make with what we have, of relying once again on our imaginations to make life interesting (and by extension to make things that other people might want to take notice of).

I noticed this a great deal at the big classical music conference in Vienna last week, Classical NEXT. Suddenly record labels weren’t talking (only) about sales figures, they wanted to find creative and distinctive ways to build their presence on the web, or live events that truly reflected what their artists were about. And that, as a fully paid-up creative person, fills me with joy. Because when I left the editorship of Gramophone I wanted to see how far I could push this idea of creativity. I felt sure that there must be a place for it in the traditionally hectic, overtly administrative world of artist management. I felt there must be a way to work with artists one admired in a way that would get across an idea of their artistic identities, their places in the world.

Sometimes that means working closely with conductors and record labels on repertoire and so forth. But occasionally it has allowed me to create exciting new projects and the first of these to come to fruition – called Lorca’s Songs gets its premiere at St John’s, Smith Square this Tuesday, June 11th (gulp). The original idea was to create a part-concert, part-spoken word evening telling the fused history of Spanish music and Spanish poetry – I created it for the violinist Alexandre Da Costa, who has a deeply authentic and idiomatic view of Spanish music (he looks for its darkness and intensity, which he says is the true heart of Spanish culture, as witness his recent, unusually trenchant recording of Lalo’s Symphonie Espagnole on Warner Classics).

But then something happened. I started putting it together and the writer in me took over. Suddenly I was creating characters, almost a plot. I became fixated by the Spanish notion of the duende, the sense that art can be so intense that one can sense death. It became a show that lived, it breathes and suddenly what had seemed creative in the idea became an act of creation. For perhaps the first time, I felt something of what (here comes a colossal name-drop, sorry) Johnny Depp once said to me about working with Terry Gilliam – “We turn up in the morning and it’s like you have the skeleton there and you throw bits of meat on it and see what monster comes to life”. Excited, I brought in the great actor Henry Goodman (pictured above) and the leading Spanish guitarist Rafael Aguirre, and we had our show – for violin, guitar and actor.

Writing articles, including reviews, has always felt to me like carving a statue – you have your material, your block of marble, and in fashioning a readable piece from it, well, it feels much like sculpting. Books are a bit different. But a play – to be honest I don’t even know that I would call this a play, and most of the words in it are by Lorca and the rest, but it is drama, I know that much. Maybe it’s even a monster, of a kind. Certainly you can’t fully engage with the dark genius of Lorca or the intensity of De Falla without facing them head-on. As the narrator says in the show, “If we are to experience, let us experience…” I did when I wrote the thing. And maybe to be truly creative you must be unflinching. And guess what – I think it’s a better show this way, and something people will want to see. And that’s not only creativity, not only good business sense, it’s artistically honest. All of which feels rather good.

Say it with music

A friend from the London Gay Men's Chorus sent me some links and a few words about their protest yesterday in support of gay marriage. They were right outside the House of Lords.


"It was a great day! Apparently our singing could be heard inside the chamber where the Lords were debating the Marriage (Same Sex Couples) Bill. We made it on to the BBC News at 10pm. Several speakers commented on ours being the best demonstration they had witnessed outside the Houses of Parliament. In the morning we were outnumbered by a vocal and angry Christian group, but they left in the early afternoon leaving the space for us, supported by Stonewall, Peter Tatchell’s group etc. I hope we made a difference. The speakers thought we did."

Solidarity to our friends and colleagues! And these guys put on a show like no other.
Posted by Jessica at 7:47 am

Listen out for our broadcast today on BBC Radio 3's In Tune! David Le Page, Viv McLean and I will be performing some extracts from our 'Hungarian Dances' concert ahead of Ulverston on Saturday, the St James Theatre Studio next Tuesday and the Musical Museum, Kew Bridge, on 8 September (and more later). http://www.bbc.co.uk/programmes/b020vjxx

And if you missed the Composer of the Week on Faure last week, it's on iPlayer all of this week to podcast: http://www.bbc.co.uk/programmes/b00sv826

You wouldn't believe how much organising is involved in even a single concert... Normal JDCMB service will be resumed as soon as possible.
Posted by Jessica at 9:04 am

Walt Disney and the Wallbangers

Philip Glass's The Perfect American opens tonight at ENO - UK premiere following world premiere in Madrid a few months ago - and I've done a preview for The Independent, which you can read here.

The title role is sung by Christopher Purves, who started off as a choral scholar at King's College, Cambridge - then joined Harvey and the Wallbangers. He's since become one of the best British baritones around, a larger-than-life character with a wonderful warmth to his voice, all of which make him well-suited to roles like Falstaff, Mephistopheles - and Walt Disney. But I well remember the fuss when I started at uni in the mid 80s about the choral scholar who'd run away with a then-very-popular-in-Cambridge band, so I couldn't resist asking him about it.

Listen to a very short clip of them here with Chris singing the lead vocal in Old Man River...


"I knew I wanted to do something in music but I wasn’t sure absolutely what," Chris says. "I’d been in the King's Choir from 80 to 83 so was fairly well steeped in the choral tradition and I knew I didn’t really want to do that after I graduated. So, when Harvey suggested 'Would you like the join the Wallbangers?' I thought 'Why not? It’s different.'

"If you remember, it was relatively theatrical and therefore slightly akin to what I do now - it’s not so far removed, even if the vocal production is different. I think I always knew deep down that opera was something that suited my character and my musical taste. I’ve always wanted to do something to communicate with music and that’s what I do. Either you do it in a pop way or an operatic way, and I’ve managed to do both, so I think I’m OK!"

Very much OK, Chris. Toitoitoi for this evening.
Posted by Jessica at 8:19 am