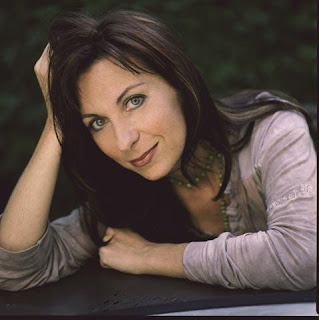 Dark, petite and fiercely intelligent, with a quick, cutting sense of irony, Dessay is anything but a traditional diva. Indeed, she had never intended to become an opera singer at all. "It's not a choice. Opera chose me," she declares. Originally, she wanted to be a ballet dancer. "At 13, I realised that I wasn't gifted enough, and I was disappointed. But I thought, OK, I can go on stage as an actress instead."

Read the rest of my interview with the glorious French soprano Natalie Dessay in today's Independent. She will be singing in Bach's Magnificat and Handel's Dixit Dominus at the Barbican on 17 December, with Le Concert d'Astree and Emmanuelle Haim conducting; she'll be back in London for a recital of Italian operatic arias in January; and we can see her in the Laurent Pelly production of La fille du regiment on TV (with JDF) over Xmas.
Posted by Jessica at 9:13 am