This week in pictures #2 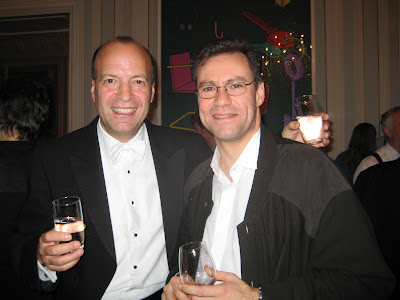 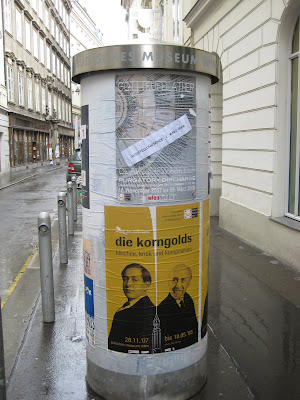 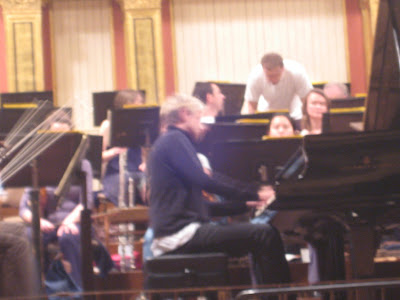 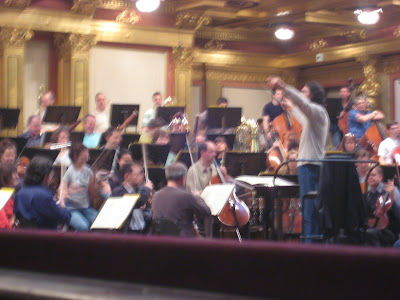 Meanwhile, along the Danube, the LPO took Korngold home to Vienna. A fabulous trip, one of the rare tours when I can't resist going along - two concerts at the Musikverein with principal conductor Vladimir 'Vlad' Jurowski, pianist Jean-Yves 'Silver Shoes' Thibaudet (Ravel G major), violinist Christian 'Wow' Tetzlaff (not pictured, sorry), a stunning Tchaikovsky Pathetique Symphony that was mercifully free of both mobile phones and clapping after the third movement, a hair-raising Prokofiev 5th, and as encore on the second night, the Zwischenspiel from Korngold's Das Wunder der Heliane. It went down a treat in the golden hall's luminous acoustic; a strong round of applause greeted Vlad's announcement of it and far more followed the piece itself. At a post-concert reception, every dignitary in town seemed to be praising it and declaring delight that Korngold was back in the repertoire at last.

We visited the exhibition about Korngold and Papa Julius that's currently running at Vienna's Jewish Museum, put lovingly together by curator and record producer supremo Michael Haas. Highly recommended: you can see Jan Kiepura's costume from Heliane, the cigarette cases showing Jonny versus Heliane, Korngold's Oscar and his dinner suit; and the plentiful music examples, many of them exceedingly rare, could have kept me there all day. Particularly enchanting is a whole bank of historic recordings from Korngold's operetta arrangements - part of his work that today has been nearly forgotten but that kept his family in clover and got him away, to some extent, from the pernicious interference of Papa. It's hard to imagine a more Viennese sound than Korngold's aria arrangement of Tales from the Vienna Woods crackling gently out of a lost world. Closes 18 May, highly recommended to all fans.

The final photo shows Tom with Pieter Schoeman, who after seven years as the LPO's highly praised and inspiring co-leader has now been made official joint leader on an equal footing with Boris Garlitsky. Much goulash to celebrate.
Posted by Jessica at 9:05 am