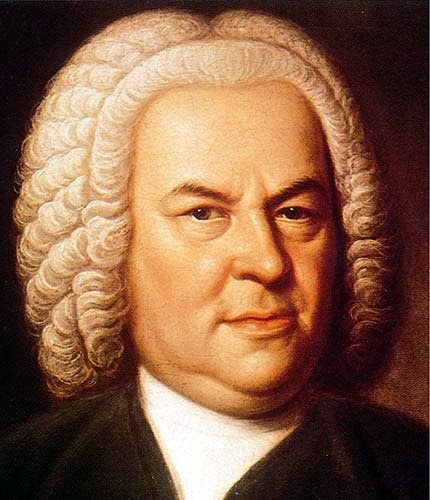 Pick an occasion - any occasion - in the history of music at which you'd have liked to be present... Today I'll choose the Bach St Matthew Passion as conducted in 1829 by the 20-year-old Felix Mendelssohn. The performance was organised by the young composer and his actor friend Eduard Devrient and the work enjoyed probably its first outing since the death of Bach himself, some 80 years earlier.

Apparently they only used about half of it, and Mendelssohn made plenty of changes to the harmonies, orchestration and vocal lines - but it still had the required effect. Goethe, hearing of the occasion, sensed its significance, saying: "It's as if I heard the roaring of the sea from afar."

Mendelssohn's aunt, a friend of CPE Bach's wife, a pupil of WF Bach and hostess of one of Berlin's finest artistic salons, had a number of Bach's manuscripts in her possession, including the St Matthew Passion. She presented it to her gifted nephew when he was 16 and consequently changed the course of history. Imagine a new world hearing it - even half of it - for the first time. "To think that it took an actor and a Jew's son to revive the greatest Christian music for the world!" Mendelssohn remarked.

Mendelssohn, born into a Jewish family, raised as a Lutheran after his parents' conversion, and a practising Christian for the rest of his life, saw no need for a conflict between his background and his faith. He achieved a unique point of balance that allowed him to embrace both - despite the widespread atmosphere of low-level anti-Semitism around him (I'm sorry to see that even Clara Schumann made snide remarks behind his back). In the bicentenary year, 2009, Sir Peter Maxwell Davies once remarked that he regarded Mendelssohn as "the prophet of light". I'm with him on that.

As for Bach, he takes us into another world. The St Matthew Passion makes us live the story and its processes as if from the inside. It offers music that cleanses the soul; even if you approach it as drama rather than religion, it doesn't seem to mind and will still work its wonders. It offers, too, an oasis of calm, reflection and redemption, along with a massive dramatic catharsis that might be felt especially keenly by anyone who has lived through the loss of a loved one. When my mother died, 20 years ago, I could listen to nothing else for months.

Here is the last aria of the St Matthew Passion, "Mache dich mien Herze rein". It's a marvel in its own right, heard alone; but at the end of the whole it arrives as a purifying sunrise after three hours (or so) of anguish, soul-searching and tragedy. It's sung here by the great baritone Thomas Quasthoff. Have a good Easter, all.