The secret world of Federico Colli

You know exactly why budding great pianists in their early to mid twenties are like London buses, don't you? That's right - you wait for a decade or so and then along comes a whole bunch at the same time. So please welcome yet another: to add to the roster of Trifonov, Grosvenor, Levit and Avdeeva, please welcome, from Brescia... 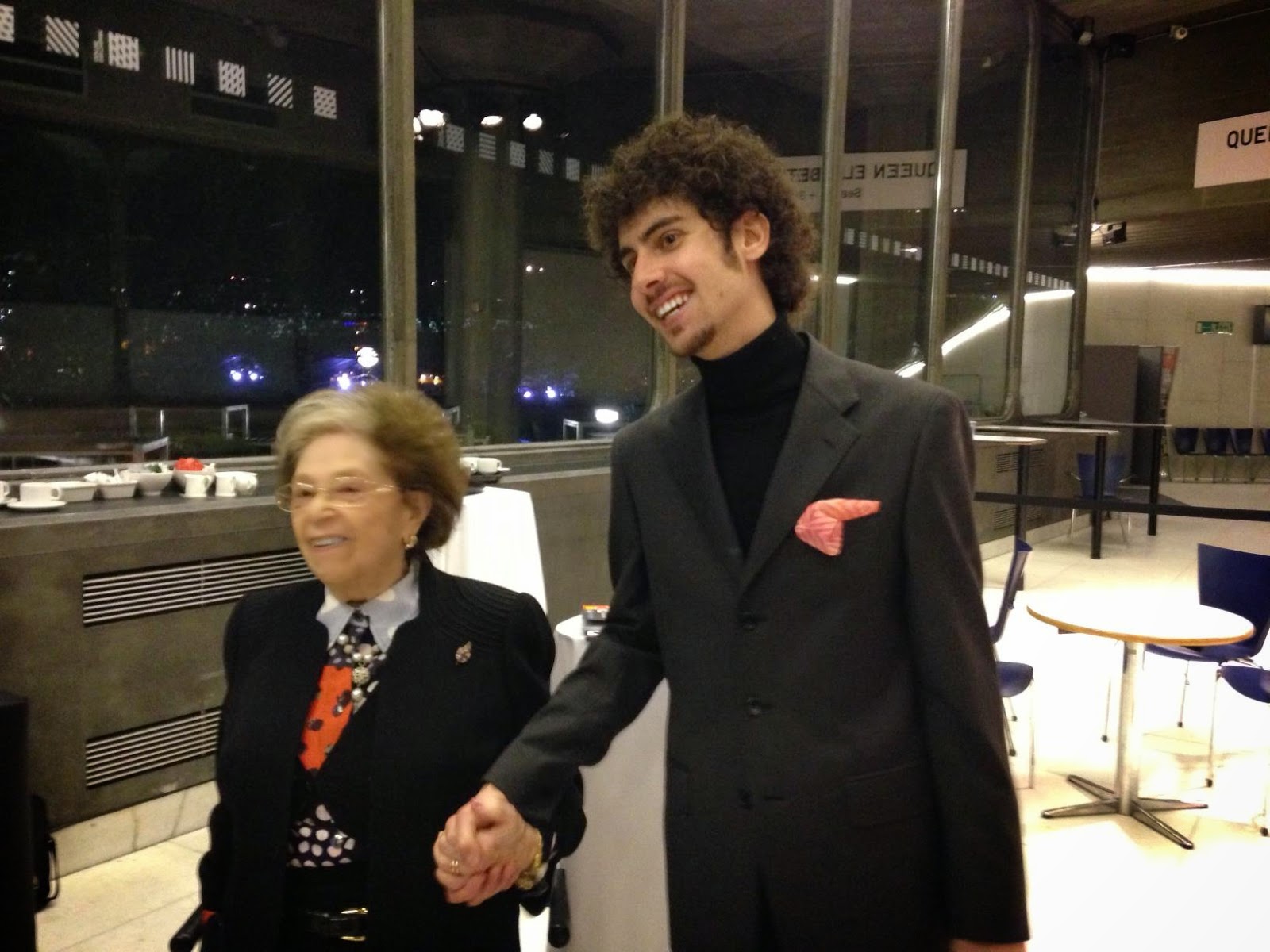 ...Federico Colli, winner of the latest Leeds International Piano Competition, who made his London debut last night at the Queen Elizabeth Hall in a stunning recital of Mozart, Beethoven and Schumann. Pictured, right, with a very happy Dame Fanny Waterman, founder of the Leeds, who can be rightly proud of her laureate.

Colli - playing a Fazioli, also the choice of Trifonov last week - began his concert with the Mozart Sonata in F major K283: a vivid, spirited account that established several strengths at once, notably the sense of "flow" that characterised the whole programme, an ongoing thread of musical connection that feels as if he is entirely one with the music, creating it from the inside out. He used a light, strong touch with singing tone, beautifully balanced voicing, extremely well-judged pedalling - an ideal blend of colour and clarity. I wondered briefly about a few exaggerated gestures - hand movements for each repeated note of the slow movement's melody, for instance - but by half way through the Beethoven 'Appassionata', any such concerns went out of the window as a tingle of recognition spread that we were listening to a potential true great.

Something magical began to happen with the first variation of the Beethoven's second movement: a pattern of figuration that in other hands can be nothing more than that, but that for Colli became a shifting lattice of subtle voices, light and shade - as if he could hear and imagine things that the rest of us can't. And while everything seemed thought out and judicious, there was no sense of playing it safe: let off the leash in the finale's coda, Colli tackled Beethoven's fall of Lucifer like a lightning bolt.

Schumann's Sonata No.1 is one of the composer's weirdest works, more fantastical than the Fantasy, less "sane" by far than all those supposedly difficult "late"compositions. Pulling it off is a very tall order, yet throughout its magnificent long span Colli made it entirely his own. He gave the fantasy its head, working in the dimension of silence together with that of sound in masterful fashion: the transitions, of which there are a great many, were not only handled with ideal pacing but became virtually the raison d'être of the piece. 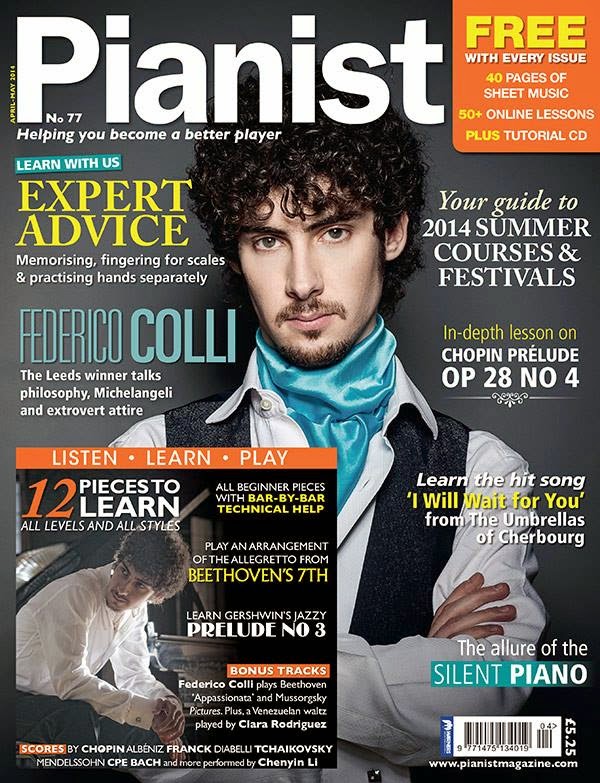 By now one could forget technical concerns and take for granted the full yet never heavy-handed sound quality, the singing nature of the phrasing, the richness of colour, and move instead into another world. He made sense of the work by recognising that making sense is not the point; that this is visionary, groundbreaking music far ahead of its time. He had the hall breathing and concentrating as one with him and the piano and the sonata. This was his secret world, unfolding in front of us. He gave us all of Schumann and all of himself.

For an encore he offered the Dance of the Sugarplum Fairy, in what I think must have been Pletnev's arrangement.

It was a short programme, but one of uncompromising and unforgettable intensity.

Meanwhile, my interview with him is the cover feature for the current issue of Pianist magazine. Enjoy.