I'm in the middle of a major summer runaround at present - and the single most important thing to take along when you are dealing with planes, trains and so forth is a good book, whether paper or electronic. Here are a few suggestions for what to pop on your iPad if you fancy a good read that involves musicians and other artistic animals...

A ballet novel to cherish, this delicious multi-generation story features writing that flies. Shipstead's style can make your heart sing; and even if you are not into dance, you could still love the book for its metaphorical powers and its liveliness of atmosphere. One might think that there are too many clichés and coincidences - the Russian defector, the tangled web of relationships, the twist that you can probably see coming from the beginning - but Maggie Shipstead's touch is so light, her command of detail so vivid and realistic, and the way she adds layer after layer to our understanding of the characters so convincing and compassionate that her writing quashes every doubt. Weeks after reading it, I could still imagine any of the characters wandering into the room and speaking to me.

STRINGS ATTACHED: ONE TOUCH TEACHER AND THE ART OF PERFECTION
By Joanne Lipman and Melanie Kupchynsky (Simon & Schuster)
I've reviewed this at more length for Sinfini.com, but suffice it to say that anyone who has ever wondered about the value of "tough love" teaching needs to read this book, and fast. Written jointly by the daughter and ex-pupil of "Mr K", a supposedly terrifying Ukrainian cello teacher in the US, it's a heartrending memoir in which the vital nature of self-discipline as a tool for life is to the fore. Learning music here means learning rigour, high standards, self-criticism, determination and resilience; and while music brings life skills, life brings a need for music as sustenance in times of desperation and, indeed, tragedy. These are points of which we all require reminding as a matter of urgency. It's hard to imagine that cause being better served.


ALL THE THINGS YOU ARE
By Clemency Burton-Hill (Headline Review) 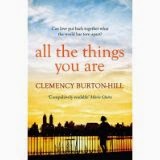 Our favourite Radio 3 presenter turns her skills to her second novel, which is not musical per se but does, deliciously, feature someone named Wagner sacking someone named Bernstein in Chapter 2. It's a strong and sensitive slalom of a story that tackles the thorny matter of Israel and the Palestinian territories by way of the relationship between two young New Yorkers whose romantic involvement brings them into conflict with each other's respective backgrounds. The book morphs from apparent chick-lit in its first half to Middle Eastern thriller in the second; Burton-Hill makes the point about love and peace without lecturing, and I believe she has found a way to show some very real situations without upsetting anybody, too. These days that takes a lot of doing.