No tittering at Anna Nicole 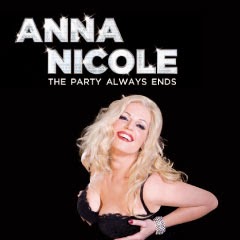 Went to Anna Nicole last night at the Royal Opera House, and took with me an American friend who was seeing it for the first time. She thought Richard Thomas's libretto was brilliant, which it is, and she laughed at the jokes, of which there are many.

At the start of the interval, the besuited guy in front of us turned round and told her to stop laughing.

Problem: this opera is meant to be funny.

The librettist would have been overjoyed to get such a positive reaction (elsewhere in the house sharp intakes of breath could be heard around some of the filthier lines). So would the composer. So would the performers; there's nothing worse than uttering something that's meant to be hilarious and eliciting...well, polite silence.

Meanwhile the management is doing its best to open up access and encourage wider appreciation of its artforms. Nobody I know in the echelons of musical performers and creators is remotely stuffy or elitist; everyone, but everyone, wants the audience to enjoy their work. The whole music world is falling over backwards trying to open itself up to bigger, broader audiences.

But frankly, if other opera-goers won't let people laugh at the jokes, what hope is there? All that effort - straight down the drain. Deity-of-choice [to quote the opera], help us all.

This incident is a nice little supplement to the time a critic was spotted telling off a small African-American child in the RFH (remember that?) and the occasion on which another one told me and my niece to stop laughing at a Prom - the incident being a pianist who as his post-concerto encore played a fugue on a Lady Gaga song, and my niece was the only one of us who actually knew what it was. If I've personally encountered such situations three times in just a few years - and I am press, for goodness sake - then I shudder to think what other people are being subjected to out there.

My friend, incidentally, comes from Detroit, which is one reason she laughed so much - for her, the portrayal of the background to Anna Nicole's trailer-trash early life rings all too true. Now she lives in Berlin and is one of the more vital movers-and-shakers in the classical music world. She sees it as her mission to help find ways for this industry to move ahead in new directions, a forum where the community of music-makers around the world can work together to create an innovative, forward-looking future. Her organisation is called Classical:NEXT. Bring it on.

[UPDATE: For those who are still not sure what Anna Nicole is all about, here is a preview from the ROH. It's a tragicomedy by Mark-Anthony Turnage, based on the true story of Anna Nicole Smith. The end is desperately sad, but the first half is full of wit and wordplay. The librettist Richard Thomas also wrote Jerry Springer: The Opera]
Posted by Jessica at 9:47 am