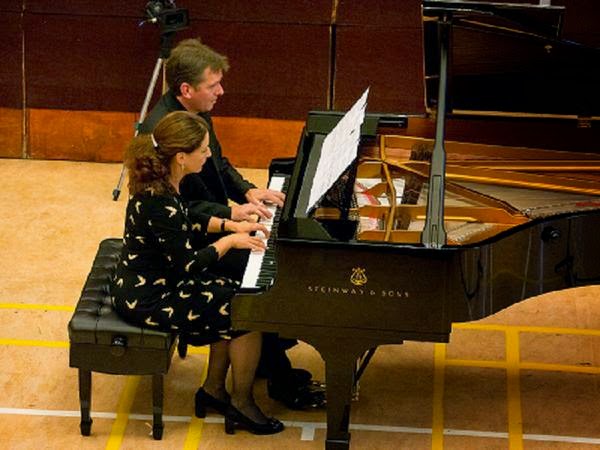 Scotland has decided to stay after all, which is nice. Above, a picture of me and Murray McLachlan finishing the Alicia's Gift concert at Chetham's last month with clear proof that a Scot and an Englishperson can cooperate rather beautifully when given half a chance. Murray hails originally from Aberdeen and is now head of piano at Chet's.

Speaking of Alicia's Gift, the first of several for the new season finds me reunited with Viv McLean this Sunday at 4pm at Westminster Cathedral Hall, courtesy of the Chopin Society. We're very honoured to be part of such a distinguished series - and are looking forward, additionally, to the wonderful tea that habitually follows these recitals. Do please come along and join us. Info and tickets here. (and more about the book here.)

By way of a taster, here's Viv playing Gershwin's Rhapsody in Blue, which features in the programme alongside the likes of Chopin, Granados, Falla, Debussy and Ravel.