I had a lovely interview a few weeks ago with Gabriel Prokofiev: composer, grandson of Sergei, founder of Nonclassical and composer of a Concerto for Turntables and Orchestra which is now on the new secondary school Ten Pieces list compiled as a music resource for schools by the BBC. It was in the Independent while I was away in Turkey. Here is a longer version with a good few chunks of bonus material. 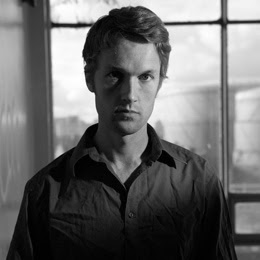 Gabriel Prokofiev is pondering, over a Turkish lunch in Bethnal Green, a surprise development in his career as composer. The BBC has picked a movement from one of his most famous compositions to date, the Concerto for Turntables and Orchestra, to feature in its new Ten Pieces list for schoolchildren aged 11 to 14. The list is second stage in an initiative that began with a nationwide project to help schools introduce younger pupils to ten pieces of classical music.

This concerto’s mix of a contemporary invention – the scratching and sampling of a DJ on turntables – with a traditional classical format exemplifies Gabriel  Prokofiev’s musical inventiveness and looks like a perfect choice to introduce secondary school pupils to the sometimes mysterious spheres of contemporary classical music.

“I’m thrilled about this – I couldn’t believe it,” Prokofiev says. “I’d heard about Ten Pieces and I’m a big fan of the project. It’s worrying that music education doesn’t seem to be thorough enough – there could be a lot more – and this is a very efficient way of introducing children to some key repertoire. It’s exciting to see a contemporary piece in there and hopefully it’s a chance to encourage young people at the age when you’re developing your taste in music and deciding which genres you’re into. I’m hoping that this will help to bring contemporary classical into their list of choices.”

If you see the name ‘Prokofiev’ on a musical list, you might well assume that it indicates Sergei Prokofiev, one of the best-loved composers of the last century. Gabriel, who turns 40 this year, is his grandson – and in many ways he is a chip off the old block, sharing with Sergei an intent gaze, high cheekbones and a quiet, concentrated demeanour.

In other ways, of course, they are very different. Although he says he feels a strong affinity with his Russian heritage, Gabriel Prokofiev seems a Londoner through and through, living in Hackney Downs with his partner, a French-Congolese academic and author, and their three children whom he ferries to primary school in a cargo box attached to his bicycle. His studio in Bethnal Green is in a crumbling 1960s block that, he says, is facing potential demolition. The urban flavour of his music remains powerful: a mix of driving rhythms, gritty timbres and outlines, and a lyrical thread lurking under the surface that sometimes recalls the sardonic irony and fantastical textures of his grandfather’s works. His Violin Concerto, premiered last year at the Proms by Daniel Hope, evokes a narrative about the outbreak of the First World War and included marches with an unmistakably Prokofiev-like bite.

It’s entirely deliberate, he says: “I grew up listening to my grandfather’s music. My siblings and I were aware as children that we were getting some extra attention because of him – and I think it made me a bit self-conscious. I love his music, he is my grandfather and there are so many fans that it’s natural people get excited about it. But I’m quite relieved that there hasn’t been too much comparison.”

The fear of comparison, he says, made him at first over-hesitant to become a composer. “As a teenager and in my twenties I was definitely intimidated,” he admits. “Any creative process is hard graft and though you can have wonderful moments of inspiration, finishing a piece requires a lot of work. I think I was intimidated to do that. So I focused a lot more on popular music, making electronic and dance music and playing in bands. I found another way of making music. But as I got more confident and ultimately had a strong enough drive to want to do classical music, I realised I’ve just got to get on with it. As I was writing my first string quartet I planned that I was going to use a different surname - and the thought that I’d be presenting the piece not as ‘Gabriel Prokofiev’ actually freed me up a bit.”

Was he not tempted to stick with popular music – bigger sales, more income? “Sometimes I wonder if I should have stuck longer at it,” he admits. “But I was trying to juggle everything and sometimes when I was involved in a project and should have been going to record industry parties and networking, instead I was in my studio writing a string quartet. Ultimately I couldn’t help myself: I really wanted to write classical pieces and eventually I got some orchestral commissions and decided it was an unmissable opportunity.

“In pop, although you can earn more money, it’s a much more thankless world. I had run-ins with record labels because suddenly you had this weird feeling that your creative control is slipping away – they’d wanted you to make it sound more like the track that had just been no.1 last week, you had to make sure your music fitted in with certain DJs’ playlists – this whole side holds you back. For a classical commission, they never give you strict creative criteria; maybe they’ll specify the duration and the instruments, but there’s more emphasis on being original and doing your own thing. With pop music, when I started to get into the more commercial area, that started to bring with it more restrictions and requirements to conform, and that was creatively frustrating. I’d find that sometimes I’d made stuff I was really pleased with, but it turned out it was a bit too original or too quirky, and people would say ‘it’s a bit far-out, what about something like this?’, and play me something I found mundane and unimaginative. Often I felt people were making judgments just because something had been successful – it wasn’t always about the quality of the music.”

Prokofiev’s father, Oleg Prokofiev (Sergei’s younger son) was a painter and sculptor, a prominent figure in the movement known as the Nonconformists – Russian artists whose abstract work did not meet the criteria of state-approved socialist realism. His second wife was a British art historian who was allowed to travel to the USSR to research; after she died tragically young; Oleg was permitted to come to her funeral in the UK, and defected to the West while here. Gabriel’s mother was Oleg’s third wife, Frances, and he grew up in Greenwich where the family settled,

Echoes of nonconformity pepper the composer’s musical life too. Not least, a decade ago he started a record label called Nonclassical, which has evolved into a veritable movement in its own right. He says the name was largely coincidence as it derived from a pop label he had been running, entitled Nonstop – “Originally it was going to be Nonstop Classical, but that was too much of a mouthful,” he remarks. “Then the penny dropped...” Launching Nonclassical, he was among the first to devise classical club nights – presenting classical music in a nightclub setting that would feel normal and everyday to younger people and help to create a new audience. The organisation now runs a monthly event in east London.

“I’m always surprised how many young musicians and composers don’t question a status quo that gives them so few performances and reaches such limited audiences,” Prokofiev remarks. “It’s natural that we need to find ways of getting our music out there more and reaching our own peer group. A lot of different things motivate me; one is that there’s a lot of great contemporary music and it feels unfair that it’s not made accessible to many people. You can sit back and blame radio and TV, but the other option is to get out and do something about it.

“Having played in bands, I was used to this idea that you write a piece, then you gig it and your friends come and hear it. I felt strongly with my classical stuff that it would appeal to my peer group, but when it was performed in the traditional classical setting most of the audience would be twice my age – there’s nothing wrong with that, but it seemed a real shame that my friends weren’t there. That was a big motivator in getting Nonclassical going – just thinking you’ve got to present classical music like other music, in a more day to day approach, and for me that seemed pretty obvious. If you’ve put a lot of work into composing a piece and rehearsing it, then to have only one performance is criminal.”

His Concerto for Turntables is likely to have a great many more performances now that it is on the Ten Pieces list; and Prokofiev has his work cut out with a string of commissions, including more concertos – a favourite medium, he says – and more works involving dance and drama. He has also been asked to add some new musical creatures to the Carnival of the Animals by Saint-Saëns and is trying to decide which to pick. I’m about to suggest a cat – when I remember that possibly the most famous cat in musical history is grandpa Prokofiev’s, in his perennial childhood favourite, Peter and the Wolf. “Probably a no-go area,” Gabriel smiles.