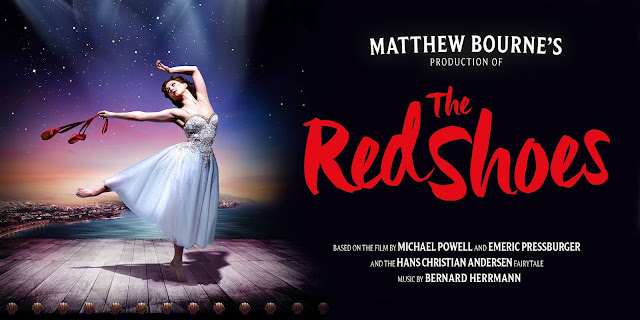 Choreographer and director Sir Matthew Bourne has this morning announced a brand-new ballet for his New Adventures company next season, and it's THE RED SHOES. It will have music by, oh joy, Bernard Herrmann, film composer par excellence, Hitchcock's composer of choice and one who absolutely deserves to be brought to a wider audience; the new score will be fashioned from Herrmann's work by Terry Davies.

Matthew's passion for golden-age movies has been beautifully reflected in some of his previous work, notably his Cinderella, which is set in the Blitz and draws on stories such as A Matter of Life and Death, and I can't wait to see what he is going to do with this Powell & Pressburger classic. Ashley Shaw will dance the role of Victoria Page and the designs are by Lez Brotherston. The tour begins in Plymouth on 21 November, hits Sadler's Wells on 6 December and continues around the country until next April or later.
Posted by Jessica at 10:10 am