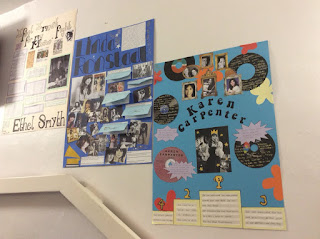 The other day Surbiton High School for girls asked me to adjudicate a competition in their music department. 'Women Who Rock' was the brainchild of their head of music and her dynamic, young, mainly female team: the Year 9 girls, working in small teams, were asked to create poster presentations about exciting female musicians, some 70 of them, ranging from Hildegard of Bingen to Amy Winehouse and Mirga Grażinytė-Tyla. The posters lined the walls of the rooms and the staircases, and so impressive were they that picking a winner proved a jolly difficult task.

In the end first prize went to the presentation about Jacqueline du Pré: a giant black cello painted on a dark background, with her story, her significance and the team's responses to her playing set into an advent-calendar format, each paragraph behind a different photo. They'd really engaged with her personality, her playing and her tragedy and the concept was strong, simple, striking and appropriate. 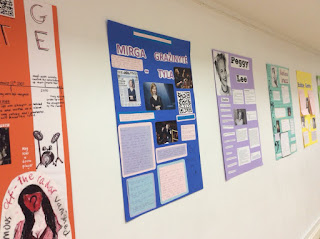 Chiefly, though, what I came away with was a sense of delight. Generally we hear so much about how music is sidelined in the curriculum, how women musicians are not recognised or studied (until a 17-year-old girl demanded a couple of years ago that an exam board add some to the A level syllabus) and how the specific issues that affect women in the industry are not thoroughly enough scrutinised or mended. Here was a music department that not only put Maria Callas, Thea Musgrave and Nina Simone before their students, but raised awareness of those issues - including role model significance, matters of body image, industry pressures and in many cases the need to fight for the right to be a musician against societal prejudices. It got the students thinking, reading, listening, responding and celebrating. 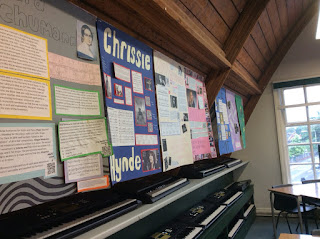 I do hope that more schools will consider following suit with similar projects. These matters aren't always down to the curriculum; they depend, instead, on teachers with great ideas, creativity, passion and leadership. If we always left everything to the curriculum, nothing especially creative would ever happen - and children and young people are creatives par excellence. Bravi, Surbiton - you already are women who rock!

Meanwhile, in a stroke of almost unutterable irony, it looks like some significant chunks of the western world will be largely run by women, rather soon.