A new piano festival for London! 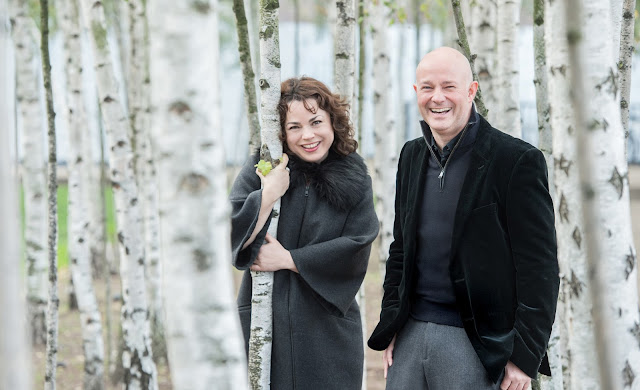 Meet Katya Apekisheva and Charles Owen: two glorious pianists who have been working together for many happy years. An established duo of this kind, celebrated as an entity in itself, is still relatively rare. And now the pair have added another string to their bow: they have founded three days of pianistic feasting under the simple yet splendid heading London Piano Festival. Highlights include a lecture on Liszt by Alfred Brendel with Dénes Várjon at the piano, Kathryn Stott in French repertoire, jazz from Julian Joseph, Charles and Katya in a two-piano recital culminating in Rachmaninoff's Suite No.1, and much more besides.

But why aren't there more piano festivals around anyway? When the Institut Français founded its own It's All About Piano a few years back, I couldn't help wondering why it was the first such event in the UK's piano-filled capital. Now we have that one in South Kensington for spring and this one at Kings Place coming up fast for 7-9 October, with exciting plans for future years too. I asked Charles and Katya to tell us more about it... (All photos: Sim Canetty-Clarke.)

JD: How and why did you conceive the idea of starting a piano festival?

KA: Charles and I had an idea of starting a piano festival a few years back after a wonderfully positive visit to the New Ross Piano Festival in Ireland. There are so many chamber music festivals in the world, but piano festivals are relatively rare. London has many exciting piano events to offer, but none of its major concert halls presents a single intensely focused festival devoted exclusively to the piano, at least not until now! The idea came from our friendship and love of the instrument. The possibilities of repertoire are endless, and of course the piano is versatile like no other instrument – it can imitate the human voice, various instruments and even the full orchestra. 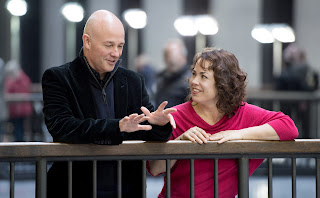 JD: How did you decide on who and what to programme? And why at Kings Place?

CO: For this first festival, we decided to focus on artists, all of whom we admire and know personally, people we could pick up the phone to or email directly. Both Kathryn Stott and Noriko Ogawa took part in the New Ross festival where the four of us became a bit of a gang. They are both irrepressible musicians and wonderful personalities! Ashley Wass is an artist we both value highly and the same can be said for our fellow Guildhall professors Lucy Parham, Ronan O’Hora and Martin Roscoe. We are both fortunate to have received inspiration through coaching sessions with Stephen Kovacevich and of course Alfred Brendel remains the ultimate iconic figure in today’s piano world, now sharing his insights through the spoken word.

When it came to deciding upon repertoire, each pianist was encouraged to choose the repertoire with which they feel a special connection. For example, Kathryn Stott will play a signature all-French programme linked by the luminous tonality of F sharp. The epic Two Piano Gala has been deliberately created to avoid the most famous duo works to give audiences a new encounter on many unexpected 20th-century treasures.

As for the choice of Kings Place, we both love their two vibrant concert halls and super contemporary feel, set in the most buzzing and regenerated area imaginable. We’ve played there as a duo and in solo recitals since the venue first opened in 2008. The two resident Steinway pianos are both stunners and as North Londoners, the halls are walking distance from our respective homes!

JD: You're both busy performers, together and separately! How have you dealt with all the organising?

KA: Starting a new festival is a great and exciting idea, but the reality is you never really know the challenges that are waiting for you until you start the work. Charles and I had to learn some totally new skills as organizers and it has been difficult and demanding at times - we are still learning! But also rewarding when you see the results. It's really great to have each other as we try to divide the work. Often one of us might be away or really busy with concerts and that's when friendship and understanding come in handy! 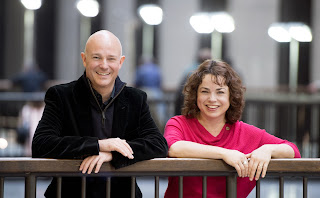 JD: Have you had to fundraise to deal with the cost? What has that been like?

CO: Indeed, we have organized fundraising events and been generously supported by a number of companies, and individuals. Approaching people for funds is my least favourite part of the festival process, but it is a necessary evil that anyone involved in the Arts and many other walks of life has to accept.

JD: What are you most looking forward to?

KA: Of course we look forward to every single event at our festival as each was carefully created with various themes in mind. But perhaps the one we most look forward to is the Two Piano Gala on Saturday 8 October. It has an unusual format, not the usual two halves concert, but a three-part event.

Seven fantastic pianists are taking part and the repertoire is all 20th century music. The programme will start with a serious Busoni work and continues on with Debussy and Rachmaninov culminating with a selection of fun, exciting pieces by Milhaud, Piazzolla and Grainger. There is also a newly commissioned work by Nico Muhly, Fast Patterns, which is highly virtuosic, obsessive and minimalist in style. The evening will be a true celebration of the instrument.

JD: Can we hope that it will become an annual event?

CO: Indeed you can! Plans are already underway for the 2017 London Piano Festival to include a strong Russian flavor in terms of pianists and their repertoire.

JD: To end, how about some anthem-like words from you both about why the piano and its repertoire deserves to be celebrated?

CO & KA: The sheer depth of tonal beauty that a great piano possesses, mirrored by the incomparable range, variety and beauty of its repertoire is always a cause for celebration. Which other single instrument, apart from the mighty cathedral organ, can truly encompass such a spectrum of emotions, textures and dynamic range whilst retaining a truly magical singing tone?