Guest Post: An opera that really is for the young...

In a lively guest post for JDCMB, young conductor Gaetano Lo Coco explains why his Rossini Festival is putting on The Barber of Seville on Monday, at Cadogan Hall, in possibly the youngest performance ever. And why Rossini would have loved it, having been only 23 when he created this tip-top favourite. 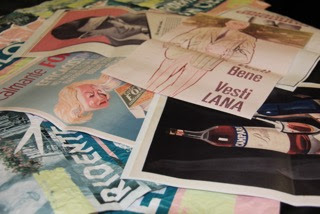 THE YOUNGEST BARBER
A Guest Post by Gaetano Lo Coco

Gioachino Rossini was 23 years old when he wrote The Barber of Seville. This is perhaps the most precocious feat of operatic composition in the history of music. It is one of the masterpieces of opera buffa, a complex, ironic and theatrically explosive work written, rehearsed and premièred in under three weeks. At the heart of its brilliance is the fact that it is a perpetually young opera that can allow itself to take a benign – even joyful – look on the grimy society that it represents. 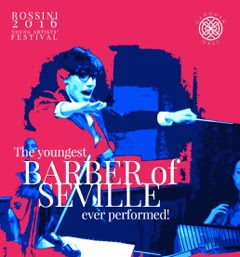 This is what the Rossini 2016 Young Artists‘ Festival production of The Barber at Cadogan Hall (Monday 12 September) tries to bring to life: our original 1950s staging of the opera with sets and costumes inspired by the Italy of Fellini and De Sica contrasts the self-interested, corrupt society of the opera against the pure optimism that runs through the work. We feel a real affinity to the opera and a commitment to this vision because everyone on our team (from orchestral players to singers and designers) is extremely young – between 20 and 25 more or less – and so just about the same age as the composer when he wrote the piece exactly 200 years ago!

There is a lot to be said about a composer’s age and the spirit of his opera – and it is almost always true for the greats that they are unmistakably themselves almost from the very beginning: Rossini’s first masterpiece, Tancredi, written when he was just 19 years old, has all the marks of his mature style (the crescendi, the powerful use of rhythms, especially overlapping rhythms as the excitement builds in the score). Bellini is unendingly melodic even from Adelson e Salvini (his very first opera, written at 24) and the glorious, mature Capuleti e Montecchi came only 5 years later. The orchestration and the elegance of Bastien und Bastienne, composed by Mozart at 12, is a miracle. But there is something more profound than the seeds of a mature style present in the works of young composers: it is an unsullied sense of beauty and comedy, and a belief in music as a benign force over the machinations of society. 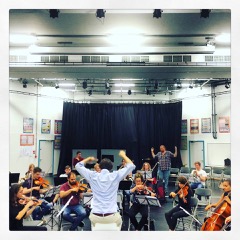 Verdi’s Falstaff, the direct descendant of Barbiere in the Italian tradition, was the composer’s last opera and written when he was near 80. It makes for a fascinating comparison with Rossini’s opera: at the end of The Barber, Dr Bartolo, who has seen his life ruined in the course of a disastrous day, forgives Figaro, the Count and Rosina when they allow him to keep Rosina’s dowry, and the final chorus toasts “amore e fede eterna” (love and eternal faith). At the end of Falstaff, in which the protagonist, like Bartolo, has been mocked, humiliated and crushed in the course of the day, the final chorus is quite different and ends with the memorable phrase: “ma ride ben chi ride la risata final” (he who laughs last laughs longest). Falstaff is a comedy full of the bitterness of age, both in its plot but also in its actual music: Verdi recycles and mocks his own style repeatedly in the course of the opera (there are subversive references to Aida, Ballo in Maschera and Otello in the piece) as we imagine the composer looking back at his own career and at the opera-going public that abandoned him in favour of new music, like Wagner’s. Hence Falstaff’s line, almost straight from Verdi’s own mouth: “Ogni sorta di gente dozzinale mi beffa e se ne gloria; pur, senza me, costor con tanta boria non avrebbero un briciol di sale” (all kinds of cheap people mock me and feel glorious about it, and yet without me, these haughty people wouldn’t even have a single grain of salt in their lives).

In stark contrast, Rossini, at the beginning of his career and with the world ahead of him at the première of The Barber in 1816, mocks the operatic institution in the most benign of ways: when Bartolo is told of a new opera called “L’Inutil Precauzione” (the Barber’s subtitle), he replies: “Un dramma? Bella cosa! Sarà al solito un dramma semiserio; un lungo, malinconico, noioso, poetico strambotto. Barbaro gusto! Secolo corrotto!” (A drama? So you call it! It will as usual be a semi-serious piece, a long, melancholic, boring, poetic piece of nonsense. What barbaric taste! What a corrupt century!). Verdi’s and Rossini’s are two completely different kinds of cynicism: one of old age, another of youth; one wise, the other naive; one at heart pessimistic, the other optimistic. This, perhaps, is the beginning of an approach to a young composer’s opera.

Join us on Monday 12 September at Cadogan Hall for a Barber of Seville bursting with the optimism of its 23-year-old composer, performed by a cast of rising opera stars just as young!
Book tickets online here.
Posted by Jessica at 3:50 pm