Horses for courses? A guest post about Listenpony and why the EP is for them

Horses for courses? No, it's Listenpony! A group of young composers and their friends who are taking the reins: putting on concerts, commissioning new works and shuffling the genres to the manner born. They've just started a record label, so I asked them to tell us about it. Listenpony is run by three composers: Freya Waley-Cohen, Josephine Stephenson and William Marsey. Here's Josephine's guest blog on why they do what they do, how and why they've jumped into the record label water and what's in their next concert, coming up next week. JD

We, Listenpony, launched a new record label last month with the release of an EP of live performances by the violin duo Mainly Two. This recording was made at our last event in March and includes a movement from Prokofiev’s Sonata for two violins, a selection of Bela Bartók’s violin duets, and most importantly, the premieres of two pieces by young British composers, Dani Howard and Lawrence Dunn, which we commissioned. It is the first of a series of digital EPs designed to offer an alternative experience of our concerts, each focusing on a single performer or ensemble, to be enjoyed post hoc on the move or from the comfort of one’s own home, anywhere in the world! 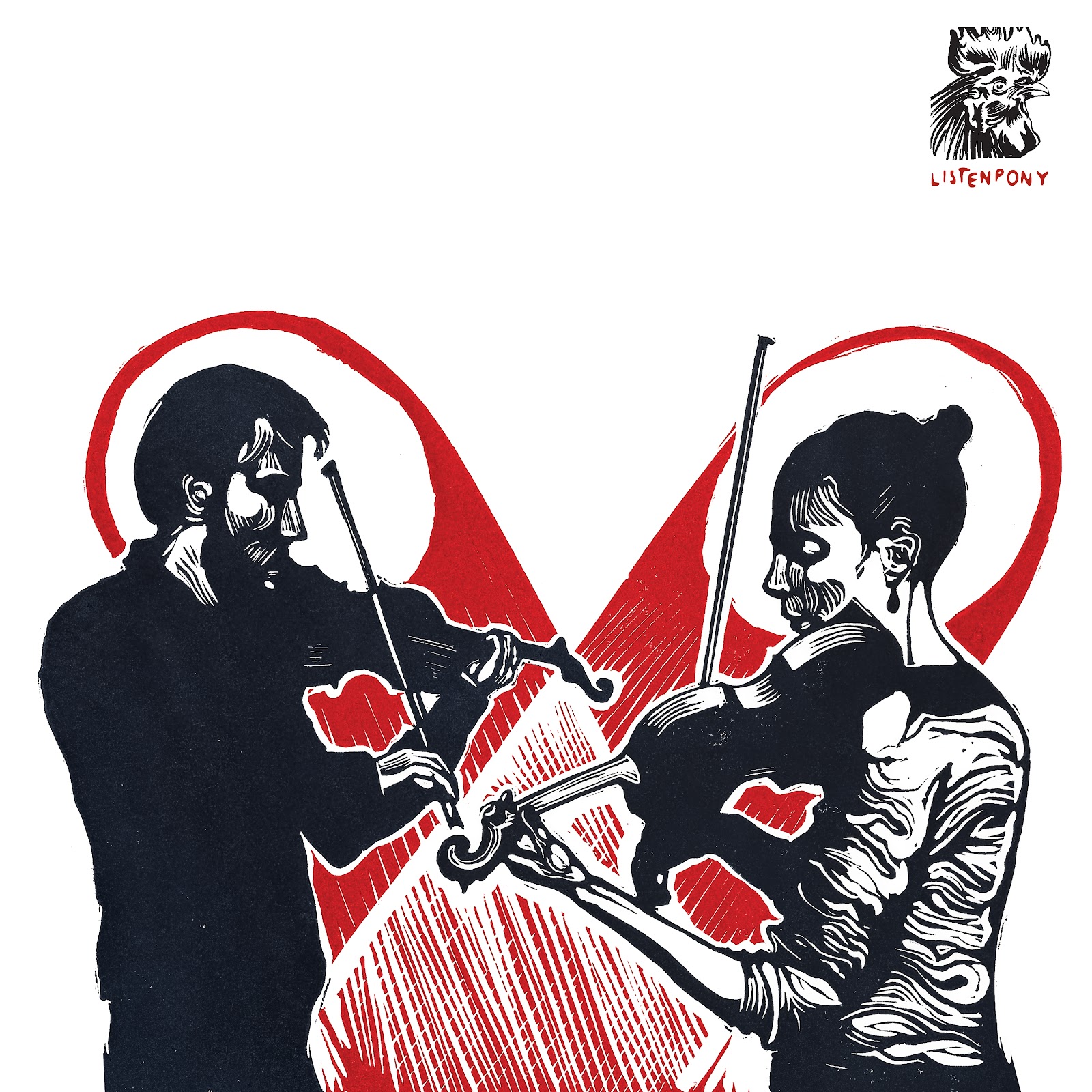 The cover of “Live at Listenpony: Mainly Two”
(© Daniel Strange)

The mix of music on the record is typical of our programming. Ever since we started putting on concerts in London over four years ago, we have always aimed to showcase the wide variety of music we enjoy alongside that which we make - a bit like if someone was pressing ‘shuffle’ in one of our music libraries. For the most part, this is classical music that goes from the Renaissance to today, with a particular focus on the new music that we commission from contemporary young composers or write ourselves. But we also invite artists from other musical traditions to perform acoustic sets, and this has ranged from pop to folk via jazz and rap. We never choose music according to its style but only simply because we like it and think it’s good, and we hope that in there there is something for everyone. We often get all the performers to play something together at the end, and this always feels very special! 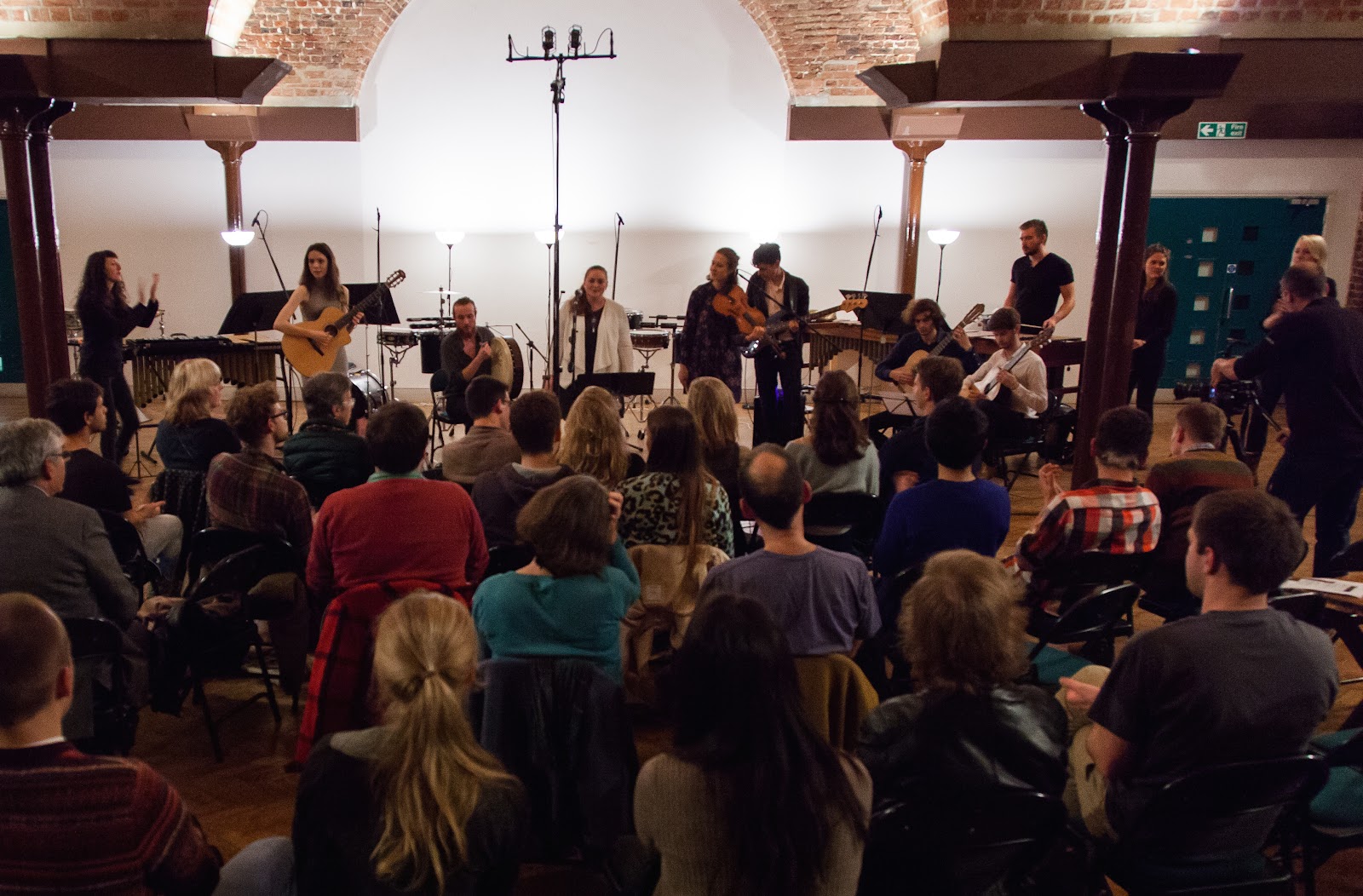 Tir Eolas, Abstruckt and the Vickers-Bovey guitar duo, performing at Listenpony in May 2015
(© Ben McKee)

The artists we collaborate with, performers and composers alike, tend to be young, unsigned artists of our generation whom we admire. It’s always fantastic working with them, and it’s also great that we can help make them known through the gigs and now the label too, just as they help us by making our music exist. Our recordings - which are done live by a brilliant young company called Sonus Audio - are distributed by The Orchard, thanks to whom they are available worldwide through Apple Music, Spotify and other services. As for the artwork, the covers are all unique lino prints which are handmade by the artist Daniel Strange, usually inspired by photographs of the actual event and subsequently digitalised. Dan made our brand new chicken logo too!

Here's Mainly Two performing a new piece by Dani Howard, which is on our first digital EP:

Setting up as a record label is something which we wouldn’t have imagined just 18 months ago. We didn’t even really know that it was something we could do - and yet we had all these recordings which we had been making ever since the beginning for the composers and performers’ benefit, to a higher and higher quality. It wasn’t until someone from the record industry attended one of our events last Autumn and told us that we had something they hadn’t quite seen before, and should consider putting out our live recordings, that we realised the potential of making them available to the public. This was a way for us to reach a wider audience, outside the limits of London and beyond the evening of the concert. We had everything we needed already, apart from artwork and a deal with a distributing company. We met up with a few different advisers and before we knew were a record label signed to one of the biggest distribution companies around.

Our next two EPs, to be released in the coming months, will feature the vocal consort Eo Nomine and the Vickers-Bovey guitar duo, with music ranging from the 16th century to today. Our next event is taking place on the 15th of November at Crypt on the Green, with the viola da gamba player Liam Byrne, the Laefer Saxophone quartet and the singer-songwriter Mara Carlyle. It should be another brilliant night - come along!

Josephine Stephenson
Posted by Jessica at 7:26 am