Flummoxed Monday, plus a recipe

It's been a strange week. Our concerts at Burgh House and the Barnes Music Society went wonderfully. Since then I've listened to 52 different recordings of Beethoven's 'Hammerklavier' Sonata (results will be in BBC Music Magazine in January). I've mulled over the tragedy of Hvorostovsky - the news brought back difficult memories since I lost three close family members to cancer too young. I refused to get caught up in the "let's get Mariss Jansons" mob because life is too short. Yesterday I went to hear Imogen Cooper play Beethoven, Haydn, Chopin and Adès at the Chopin Society's series and marvelled particularly at her pure and exhilarating account of Op.110. That was both curative and unforgettable.

So here's a seasonal recipe, which I hope will be curative and possibly unforgettable too. I cooked it for some very dear musical friends the other day after listening to the 'Hammerklavier' ten times, which is why it's called "Beethovenian" - but the golden baked squash, the dusky mushrooms and their strong, concentrated flavours might merit the notion too. 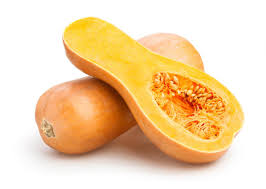 1 good-sized butternut or coquina squash
200g pack of cooked, peeled chestnuts (or roast them yourself if you prefer)
1 30g tub dried wild mushrooms
3 tblsp olive oil (or other if preferred)
Several sprigs of fresh thyme
Seasoning

Pre-heat over to 200 degrees. Soak the dried mushrooms in boiling water for about 20 mins, then drain, but keep the tasty mushroomy water to use in a sauce or something. Peel the squash (easiest to do this if you cut it into quarters first), scoop out and discard the seeds. Chop into cubes around 1-2cm. Pour the oil into a baking dish, put in the squash pieces and roll them around until coated. Sprinkle on the thyme. Cover with foil and bake for about half an hour - take the dish out every ten mins or so and turn the pieces over. Chop the chestnuts into halves or quarters as you prefer. When the squash is just about done, add the mushrooms and chestnuts to the baking dish, stir them into the hot thymey oil and season with salt and pepper. Bake for another ten minutes or thereabouts.

This is seriously yummy. We had it as a side-dish to garlicky chicken with a gravy made of the mushroom water, a squeeze of tomato puree, a dash of red wine and a little vegetable stock, boiled up and reduced to concentrate the flavour. But it could be a nice veggie main course in its own right: try adding a herb/pine nut/breadcrumb topping, or a good sprinkling of grated cheese or both.