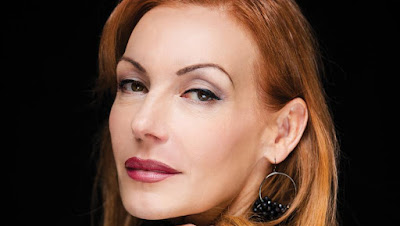 Ute Lemper is in London tomorrow to present an extraordinary and heartbreaking project at JW3. Songs for Eternity is a programme of songs from the ghettos and concentration camps of the Nazi era. I talked to her about it the other week and you can read the full interview in The JC, here.

And here's why she says this devastating repertoire is so important for us to hear, right here, right now.


“People are saying racist things that they should never say, advertising intolerance and reactionary nationalism. Thousands of people have been displaced because they are not born with the privilege of freedom, peace, education and religious freedom. They fear for their lives in the middle of genocide and war — yet these people are often not even let in because of the fear of terrorism. Many thousands of innocent people are rejected, sitting in front of barbed wires or in immigration rooms, or simply being sent back. I feel broken-hearted when I see this, and the way the population rejects the responsibility to take care of others in a world that we have created of unbalanced wealth and education.”