Love is in the...cello section?? 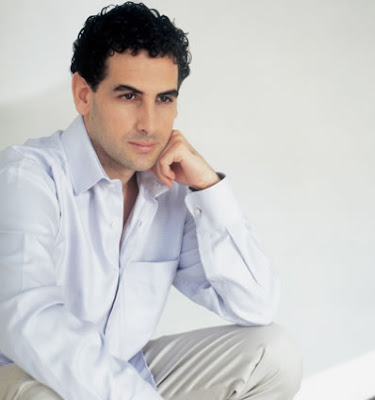 [cue tchaikovsky] Happy Valentine's Day, everyone! Muso Magazine's survey of which musicians make the best lovers has named [drumroll] the cello as the sexiest instrument and cellists at the top of the nookie class (have a look at the mag's G Spot section...). I can't elaborate, having never, alas, touched either the instrument or one of its practitioners...

...so instead here's a picture of the best pin-up of the lot, who happens to be a tenor. [not that I've tried one of those either, but one can dream...]

And I still say three cheers for the good old violin. There's a reason why violinists are called fiddlers... On Friday Tom and I celebrate the 10th anniversary of the day we met, so someone must be doing something right.

Richard Morrison has a hilarious take on the Muso survey in The Times:

'...After all, it was a cellist who featured in the best-ever story about musicians and sex. Just turned 80, the great Pablo Casals proposed marriage to a twentysomething pupil, and was accepted. On his wedding day his doctor and friends approached him. “You should be very careful tonight, Pablo,” they said. “Think of the health risk.”

Casals brushed them impatiently aside. “I’m going to enjoy myself,” he said. “And if the girl dies, she dies.”'