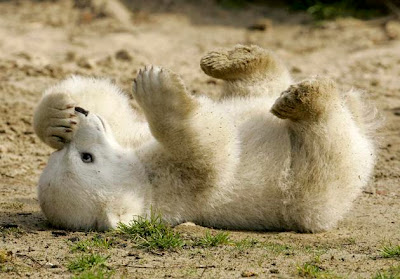 Nothing like a baby bear for bringing back a sense of perspective. This is Knut, the polar bear cub that is being hand-reared at Berlin Zoo after his mum rejected him, despite "animal rights" activists saying he should be killed rather than let a hellable horralump of a human anywhere near him. The pic (photo by Franka Bruns/AP) can be found at The Guardian, which, if you're friendly towards bears, has ten more. Have a nice weekend.
Posted by Jessica at 8:52 am