Top Ten Posts of 2017 on JDCMB, and thank you to JDCMB's Patrons

It's been a roller-coaster year, to say the least, and my most-read posts reflect many of the ups and downs we've been riding together. Here goes.

1. April Fool's Day - "SHOCK: Top London Orchestra will Relocate to Germany"
Honest to goodness, this little quip on Brexit and Hamburg's fab new hall is JDCMB's highest-scoring post ever. I'm still finding people who believed it, London Hamburger Orchestra and all... perhaps this is some statement about our gullibility and the power of fake news. But I did think that 1 April was the one day of the year on which people would actually trouble to evaluate the truth or otherwise of what they were reading. Hmm.

2. The Cello Hurricane
Of all musical icons, Jacqueline du Pré is the one who never loses her power. My memories of the October she died plus the Q&A with the film-maker Christopher Nupen about his latest documentary about her won a great many readers.

3. Soulmates?
The soulmates in question are Leif Ove Andsnes and Marc-André Hamelin, whose two-piano concert at the Wigmore Hall was a big highlight of the year. Delighted that my review of a thoroughly pianophiliac evening proved so popular.

4. Hotello
I'm afraid I pinched that title from another critic via Twitter - and I was using it simply because poor old Jonas Kaufmann had to give his role debut as Otello on the climatically hottest night of the year. Extreme heat in central London is not much fun - humid, polluted, draining - and I don't know how anybody managed to sing anything at all. Still, it was a memorable performance.

5. 'Quick Reminder'
This was where I explained that No.1 was an April Fool's joke, in case people didn't get it, as it seemed they didn't. Though it was my fifth most popular post, only a small proportion of those who read No.1 also read this, so maybe there are still people wandering around believing in the imminent creation of the London Hamburger Orchestra.

6. Farewell Hvorostovsky
One of the tragic losses to the musical world this year: the great baritone Dmitri Hvorostovsky passed away aged only 55.

7. Meaty Hamlet
Brett Dean's new opera based on Hamlet was a massive hit and justifiably so. I reviewed it here.

8. The Mind Behind the Cough
My hideous experience in the middle of a celestial concert made, at least, for a good read.

9. Westminster (Meditation)
The attack on Westminster Bridge was a terrible and deeply troubling event. This was a small tribute to its victims and to my home city and all its paradoxes, aided and abetted by Eric Coates.

Thank you, dear readers, for your attention and enthusiasm. Let's seize fate by the throat in 2018! 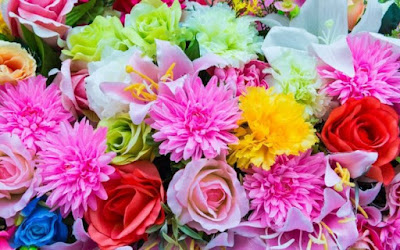 A massive thank you to all the patrons who have so kindly supported JDCMB's GoFundMe campaign, in which I am attempting to build up JDCMB and increase the "content", which means spending more time on it. Blogging is, of course, unpaid and it is only through your generosity that I can continue writing JDCMB to the level that I would like. I promised in the GoFundMe manifesto to present a list of patrons at the end of this year. Here it is.


THANK YOU ALL VERY MUCH FOR YOUR GENEROSITY AND FOR THE MORAL SUPPORT YOU PROVIDE!

There is still time to join the list of patrons at the GoFundMe page here!
Posted by Jessica at 11:09 am