Mendelssohn and Jenny Lind: the truth 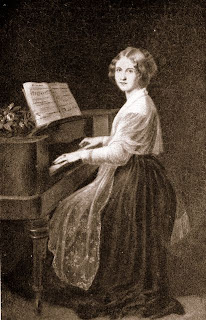 In the latest issue of the Journal of the Royal Musical Association (no.138 issue 1, May 2013), a study by Dr George Biddlecombe has been published, entitled: Secret Letters and a Missing Memorandum: New Light on the Personal Relationship between Felix Mendelssohn and Jenny Lind.

Here is the Abstract:


"The Committee of the Mendelssohn Scholarship Foundation possesses material indicating that Mendelssohn wrote passionate love letters to Jenny Lind entreating her to join him in an adulterous relationship and threatening suicide as a means of exerting pressure upon her, and that these letters were destroyed on being discovered after her death. The notion that Mendelssohn would have written such letters conflicts strikingly with the received view of his character. Nevertheless, the veracity of the material is beyond doubt, and, while it does not include specific evidence that Mendelssohn and Lind began an affair, it points more clearly than has hitherto been possible towards an answer to this question. Thus it necessitates a radical revision of perceptions of these two major musicians. For Otto Goldschmidt, Lind's husband, destroying the letters was crucial in protecting the reputations not only of his wife and Mendelssohn but also of himself and his family." 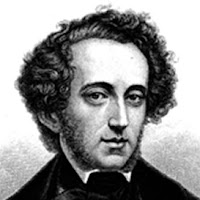 So the truth - as far as it can ever be established - is out.

If you cast your minds back to 2009, the Mendelssohn bicentenary year, you may remember my frustrated efforts to get at some of this material, which led me to write an article that, I'm glad to say, seems to have had some impact in persuading the Mendelssohn Scholarship Foundation to commission a thorough study. This is precisely what was needed. I believed that the last part of Mendelssohn's life, and therefore his late works, could never be understood to the full until it came about.

Dr Biddlecombe has gone into minute detail over such matters as the integrity of the solicitors involved in the disappearance of the vital memorandum, as well as putting the traditional saintly views so widely held of both composer and soprano into context with Victorian society. His assessment is, broadly speaking, that while we will never know how far the relationship went, the passionate emotional bond between the pair was real, and the risks of revealing it potentially dangerous to the man whom Lind later married, Otto Goldschmidt, and their family.

Many congratulations and deepest thanks to the Mendelssohn Scholarship Foundation, its chairman Professor Jonathan Freeman-Attwood, principal of the Royal Academy of Music, and Dr George Biddlecombe for all their efforts.

You can download the complete article, for a fee, here.
Posted by Jessica at 10:51 am