David Pickard to head the Proms


Some very welcome news yesterday from the Proms, which has appointed a new director at long last. And it's not a BBC insider with an axe. It's David Pickard of Glyndebourne - a charismatic, well-liked, forward-thinking, online-aware guy who seems, to many of us, an inspired choice. I've expounded a few thoughts on the task ahead of him in today's Independent.

Here is the Director's Cut, a slightly longer version. 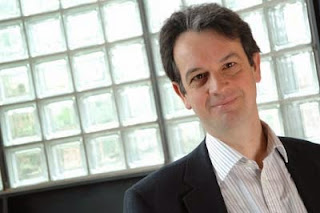 The BBC Proms has named its new director at last: David Pickard, who is currently general director of Glyndebourne. The appointment process has been lengthy – it is 14 months since Roger Wright resigned from the job – but one hopes that the organisation has taken its time in order to find just the right person.

Pickard’s appointment has surprised many in the music world; it was widely expected that a BBC insider would be chosen, possibly one ready to wield an axe. Instead, this decision appears to signal a willingness to be open to the new, the forward-looking and the creative. Pickard has brought all these qualities to Glyndebourne; and that opera house’s continuing success despite the crash years suggests that he is no stranger to helping an institution weather a blast.

Wright’s shoes at the Proms won’t be easy to fill. His determination to think big reaped dividends, bringing to fruition ambitious projects such as a tie-in with the 2012 Olympics and, the following year, a complete Wagner Ring cycle for the composer’s bicentenary year, conducted by Daniel Barenboim and featuring some of the world’s finest Wagnerians singers – each opera accessible to promenaders for a mere £5.

Pickard is bound to face thorny challenges. The BBC licence fee is due for a rethink next year; any changes to the funding model can scarcely help but affect the Proms. At Glyndebourne Pickard has presided over an institution that receives public funding only for education work and touring – the opera festival relies entirely on private money. He will now need to apply the diplomatic skills he has honed during 14 years dealing with sponsors, donors and patrons to fighting the Proms’ corner in the boardrooms of the BBC.

The Proms’ position as “the world’s greatest classical music festival” – as it trumpets itself – will demand maintenance in the programming department and requires a fine balance between the new and risky and the tried and tested. Expectations land on the festival’s shoulders from every direction – some call for more premieres, others for more Mozart; some may demand more BBC tie-ins, while others regard the occasional foray into pop or musicals (each happening about once a season) as the End of the World As We Know It. Pickard must steer a slalom course through all of this.

Then there’s the brave new world online. Almost every year the Proms announces further digital initiatives – this year’s innovation is a Proms App – and Pickard must make sure that they keep pace with the ever-more digitally aware younger audience. Under his direction Glyndebourne was the first UK opera house to stream performances live online for free and to send its productions to cinemas for HD relay. All of this is surely a must for the Proms to consider in the years ahead.

But above all Pickard needs to embrace the scale of vision for the Proms that Wright established. This means not only continuing the mission of bringing world-class classical music to the widest possible audiences. It also means doing so with a flair that can make the finest events an experience to remember for a lifetime.