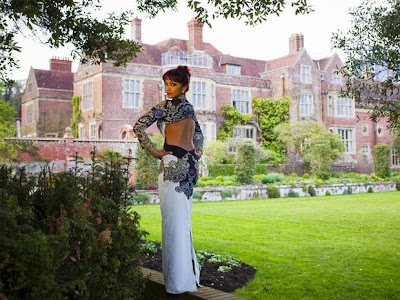 The soprano Danielle de Niese and her husband, Gus Christie of Glyndebourne, are expecting a baby at the end of this month. The irrepressible Danni had to pull out of The Merry Widow at the Met - "can-can dancing and acrobatic lifts when your waters might break..." didn't seem a good idea, and she couldn't have flown home again. But she's planning to be back on stage for the Ravel double bill at Glyndebourne in August, all being well - and she wouldn't give up the Last Night of the Proms "unless I was dead".


Recently, en route to a charity gala with her tell-tale bump disguised beneath the drapes of a Vivienne Westwood gown, she changed trains at Clapham Junction. A hand on her arm, an "Excuse me, but…" – and there on the station platform, she declares, was Dame Vivienne Westwood herself: "She spotted her dress first and then said – 'Oh, it's you!'.."

My interview with her is in today's Independent.

Here's a little video from Hello magazine, made last year. (I think this particular journal here enjoys its JDCMB debut...)