A tribute to Paris by Boris Giltburg 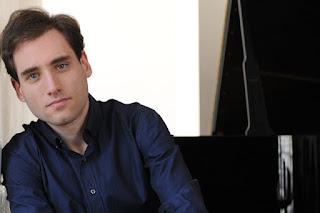 The pianist Boris Giltburg has released on his website recordings of two Chaconnes in tribute to the Paris attacks. One is the famous Bach D minor work in its transcription by Busoni and was recorded in central Paris about six months ago. The other is by Sofia Gubaidulina and Boris says he recorded it at home last night.

Boris introduces them with an article explaining his decision and quoting Leonard Bernstein's words: "This will be our reply to violence: to make music more intensely, more beautifully, more devotedly than ever before." He writes:


"A chaconne is a funeral dance of Spanish origin, which several classical composers have turned to in order to express their thoughts on death. The first one, by Sofia Gubaidulina, written in 1962, is for me all about non-acceptance of death; it's searing, raging, furious, full of anger which I perceive as righteous, anger at a death which is unjust, untimely, wrong..."

Read the rest of his article and hear the Bach on Boris's site here. Meanwhile, here's his Gubaidulina.