Welcome to (what remains of) the JDCMB Chocolate Silver Awards 2020

It's 21 December! Welcome back to our cyberposhplace, with a difference. Nowadays we are all living permanently in cyberplaces. Paradoxically, I considered holding this year's JDCMB Chocolate Silver Awards ceremony in the flesh for the first time, because now a real cybermeetingplace exists called Zoom and we'd be able to invite readers to join in from all over the world. This time last year nobody would even have thought of such a thing. That's just one way that Covid-19 has changed our world. The others are worse.

One thing I've learned in 2020, though, is that presenting an event online is still real. It takes, in fact, a lot of organisation, forward planning and slick technical support. And you know something? I'm tired.

Many of us are. Unable to see our friends and family, deprived of the concerts and theatres on which our imaginative and social life centres and watching our towns crumbling as unit after unit gives up and shuts down, is depressing enough. Seeing even household-name musicians and actors struggling to make ends meet while excluded from the government's self-employment support schemes - that's horrifying. And guess what, we've got Brexit in 10 days' time and still nobody knows what's going to happen. Since I first drafted this post yesterday, a new crisis has emerged, which you can read about in all the papers rather than here.

While I could be all positive and "hello sun, hello trees," and "isn't music wonderful," I don't want to pretend. I'm doing my best to keep my nose above water. As regular readers will have noticed, blogging is not uppermost. I hit a largish birthday this month and it seemed time to take stock. It's not only a question of not being as young as one used to be, but also of longing to create something worthwhile, something that has a chance of lasting. Blogging is ephemeral. I wrote a novel about Beethoven called Immortal, it's more than 400 pages long and you can always read that instead. (For a taster, here's the video presentation that the Wigmore Hall filmed in September, in which I introduce the book and read extracts, and the wonderful Mishka Rushdie Momen plays the Piano Sonata in F, Op. 10 No. 2.)

Now, on with our awards ceremony, or what remains of it.

Come on in! Grab a glass of cyberbubbly. Here in our imaginary virtual venue, we can hug our friends without fear. This time we're outdoors, but it's a beautiful warm Mediterranean-style night. Strings of fairy lights glitter in the trees. The moon shines bright over the water, a string quartet is playing Irving Berlin and Cole Porter in the background, there's a buzz of conversation punctuated by the piccolo of joyous laughter (remember that sound?), and Ricki and Cosi are ensconced on their silken cushions in front of a large photo of Solti the Ginger Cat, ready to present the winners with their prize purrs and a cuddle of their lovely chocolate-silver and usual-silver Somali cat fur.

Our guests of honour have scrambled up through the back of the centuries' wardrobe to join us from far-flung times. Ludwig van Beethoven has made an exception to his hatred of parties and is present to celebrate his 250th birthday. We can't change his otosclerosis, but we can give him a state-of-the-art hearing aid, so he's with us, smiling, laughing and joking, with Josephine by his side and little Minona in her party dress. Times have changed, they remark; if only they could be alive now instead, this is how it could have been. And we'd have had nine more symphonies. Only Therese, in her habitual black, is little changed. Don't say I didn't tell you, she twinkles.

Alongside them, here are our friends of the present day, gathering from everywhere in the world: New York and Sydney, Paris and Berlin, Tuscany and Switzerland, Leipzig and Warsaw. Barnes, Manchester, Glasgow and Camden. We haven't seen each other the whole damned year. Love you. Miss you. Here's to next time...

Quiet please. Grab a refill and come over to the cushions. Now, would the following winners please approach the podium. And let's have a huge round of applause for every musician who has soldiered on bravely during 2020 and still manages to touch our hearts and souls, despite everything.

ICON OF THE YEAR 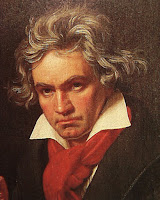 Thank you, Luigi. You help us to be resilient. There could have been no better anniversary to mark in this of all years. And I'm glad to see that in Germany they've decided your celebrations are going on next year too. Hopefully we'll do the same here. Thank you for letting me put you in a book. Thank you, too, to those marvellous people who have paid sterling tribute to you in their top-notch series: John Suchet on Classic FM and Donald MacLeod on BBC Radio 3, respectively available now as podcast and audiobook. And a huge thank you to my publishers, Unbound, for your faith in Immortal and for making sure that it could still come out in time for the anniversary even when so much else was being put back to 2021. Roxanna Panufnik's choral piece Ever Us, with my libretto, fell victim to the pandemic back in May - it should have been in the Berlin Philharmonie - but all being well it might instead be heard in 2022.

ARTISTS OF THE YEAR 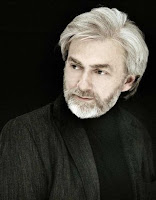 -- Krystian Zimerman
I've met many musicians, and plenty of the finest, but only two who I believe deserve the title "genius". One was Pierre Boulez. The other is Krystian Zimerman. Thanks to a booklet notes commission, I've spent part of December pursuing Zimerman and Simon Rattle around corners of east London and attending some of the rehearsals for their incredible series of the Beethoven piano concertos at LSO St Luke's. It has provided an insight into what it actually takes to be such an artist: as TS Eliot said, "A condition of complete simplicity (Costing not less than everything)." Yes: everything, every hour, every cell, every emotion and every last scrap of spirit. Most of us have simply no idea... The concerts are being streamed on DG's new online concert platform, DG Stage (the last is the 'Emperor' Concerto, being shown tonight - you can still catch part 2, nos. 2 and 4, as well). The audio recording will be out in the spring. Perhaps one of 2020's biggest surprises was finding that he's on Instagram. (Photo above by Kasslara.)

It's hard to believe that Tasmin Little is retiring from the stage, but she insists that she is. I attended her last Southbank Centre performance, watching from among a smattering of guests distanced in the back stalls; it included among other things, her astounding performance of Brahms's D minor sonata with the stunningly fine Russian pianist Andrey Gugnin. Tasmin, I said later, did you know that Margot Fonteyn decided against retiring when she met Rudolf Nureyev? Hint hint. Tasmin laughed, but her bright smile hardened a little. She says she regrets having to discontinue such a partnership, but she is stopping, and that is that. So you can't say I didn't try. She'd already had to postpone her farewell concerts from summer to autumn and is busy giving the last ones right now, in those places where concerts haven't been knocked out of the water yet again by Tier 3 or 4. Here's to your pastures new, Tasmin, whatever they may be. Come and have a purr from Ricki and Cosi. (Photo by Paul Mitchell.) 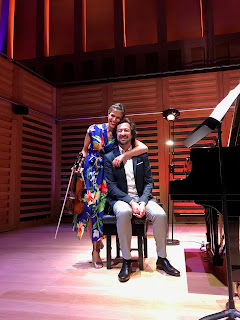 There are quite a few of you who meet this description. Step forward, Elena Urioste and Tom Poster (pictured right)! Your UriPoste Jukebox, violin and piano music for all seasons daily from your home, has brightened the year. Hello Daniel Hope, whose living room concerts were pounced upon for televising by Arte and spread the music-making of fabulous colleagues in Berlin far and wide. Welcome, dear Kanneh-Mason Family, who have brought us hope and inspiration at every turn - from your home concerts on Facebook to Sheku and Isata's gorgeous Proms recital to Jeneba playing Florence Price's Piano Concerto in One Movement with the ever-more-marvellous Chineke! Orchestra at the Southbank, plus the enchanting Carnival of the Animals album with Michael Morpurgo. I also loved Kadiatu's book House of Music, charting in graphic detail what it takes - oh yes - to raise such a family. Gabriela Montero, Angela Hewitt, Igor Levit and Boris Giltburg are among the many fabulous pianists who have been playing for us online. The Wigmore Hall blazed a trail in getting live concerts going again, while they could, and streaming them into our homes for free. It is up to us to do better at paying for this, and really you should if you can. Kings Place hit on an inventive and empathetic way to tempt nervous audience members out of their houses and into to the concert hall for the first time in the summer, offering one-to-one 10-minute sessions with Elena and Tom among others. That was my own first trip on the tube in four months, and they performed a piece selected especially for me ("We heard you were coming in, so we dug out some Fauré..."). And jolly wonderful it was. (Pictured above, photo by JD.)

This list could continue. What's astonished me is the amount of imagination, resourcefulness, determination, understanding, urgency and passion that so many in the music world have shown in the face of catastrophe. They don't call us "creative industries" for nothing. Perhaps the only good thing to come out of 2020 is the fact that we will never, ever take music for granted again. And if some do, we can say to them "Remember the pandemic, when the music stopped..." Could we live without it? No, we couldn't. Never forget.

Oh, and one Turkey of the Year: the British government marching us smack onto the rocks of Brexit despite the existing devastation. What a phenomenally stupid waste of time and energy it all is. We'll have to spend the years ahead putting ourselves back together.

We are all connected. We all affect one another. There are positive forces that unite and inspire us: music, art, logic, poetry, science, learning, wisdom, generosity, honesty, kindness, love. There are negative ones, which divide us: greed, wanton destruction, lies, superstition, ignorance, heartlessness, hatred and indifference.

Perhaps the best we can hope for is that destruction really will bring creative opportunities (as the disaster capitalists would say - admittedly that's not a great advert...) and that we can turn the collapse of old structures to good by creating new ones, re-establishing as our driving values the qualities that represent the best of humankind, rather than the worst.
Speech over. Grab some more cyberbubbly and let's dance while we still can. Merry Christmas.
Posted by Jessica at 12:00 am