Very fine line-up for the BBC New Generation Artists' latest intake, announced yesterday evening. For 15 years BBC Radio 3 has been busy nurturing selected stars of the future on this scheme and they've often proved astute choices. Among those who've graced its portals are Benjamin Grosvenor, Alison Balsom, the Belcea String Quartet, Simon Trpceski, Khatia Buniatishvili and many more. The young musicians - already the bearers of fine track records - stay on the scheme for two years, during which time their concerts and broadcasts are very much in the spotlight. Here's the new bunch:

Danish String Quartet – String Quartet (Denmark)
In 2009 the Danish String Quartet not only won First Prize in the Eleventh London International String Quartet Competition, but their performance was so convincing that it was awarded four additional prizes: the 20th Century Prize, the Beethoven Prize, the Sidney Griller Award and the Menton Festival Prize. In January 2012 the quartet were appointed to the prestigious Chamber Music Society of Lincoln Center Two programme beginning with the 2013-2014 season.
(I've heard these guys, and they are terrific.) 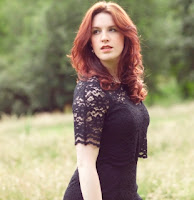 Kitty Whately – Mezzo Soprano (UK) (pictured right)
Kitty Whately studied at the Guildhall School of Music and Drama, and the Royal College of Music International Opera School. Kitty was the winner of the Kathleen Ferrier Award 2011 and the 59th Royal Overseas League Award for Singers, and in 2012 she was chosen to be a member of the prestigious Verbier Festival Academy in 2012.
(Have been hearing rumbles about how excellent Kitty is for quite a while)

Olena Tokar - Soprano (Ukraine)
Soprano Olena Tokar was a finalist in the 2013 Cardiff Singer of the World competition. In 2012 she was awarded 1st Prizes both at the Lortzing Competition in Leipzig and at the renowned ARD International Music Competition in Munich.
(Olena gave a wonderful performance in the Cardiff final and was a hot favourite for the prize.)

Lise Berthaud - Viola (France)
Lise Berthaud was a prize winner of the European Young Instrumentalists Competition in 2000 and won the Hindemith Prize at the Geneva International Competition in 2005. In 2009 she was short listed by the Victoires de la Musique Classique as “Révélation de l’Année” (Newcomer of the Year).
(Hooray! A violist! Looking forward to hearing her.)

Louis Schwitzgebel – Piano (Switzerland) (pictured left)
Pianist Louis Schwitzgebel secured 2nd prize at the Leeds International Piano Competition, where his performance of Beethoven’s Piano Concerto No. 4 with the Hallé Orchestra under Sir Mark Elder in the final round was broadcast live on BBC Four and BBC Radio 3. At the age of 17 he was the winner of the Geneva International Music Competition.
(We loved his performance in the Leeds final and are delighted to hear he's been picked here.)