If music be the food of love...when do we eat?

This is a perennial issue among those who spend more evenings at concerts or other performances than not. You need to eat. But when do you ever have time?

It's a more widespread problem than we like to admit. I remember interviewing a much bigger-time critic than I am and asking what the most challenging thing about this job is. Reply? "Working out when to eat. I've never cracked it."

Here is an extreme example, more extreme than usual. But frankly, usual is pretty odd too. 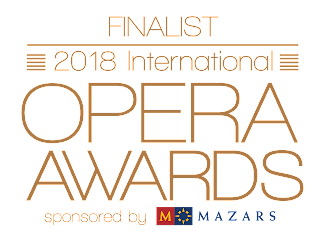 The other night I found myself in a position I'd never dreamed of. (Well... OK, yeah, I dreamed. Who wouldn't?) But there we were, the Silver Birch team from Garsington, glammed up in our silks, velvets and black tie, converging around 5.30pm in the Chandos Pub for our big evening as a finalist candidate for the International Opera Awards a few doors up at the London Coliseum. I've had nice things happen to me over the years, but never before been a member of a team in the running for anything like the "Toscars" (as it's affectionately nicknamed by the cognoscenti).

Of course, I knew as soon as I looked at my ticket that we hadn't won. The Coli is London's biggest theatre, and from row G of the dress circle it would take about half an hour to walk all the way down to the spotlit stairs to the stage, depending on the height of your heels. Sure enough, the Education and Outreach category was the first to be announced, and it went to...Opera Holland Park – which, incidentally, more than absolutely deserved it.

That was about ten minutes in, after the chorus of the Opera Awards Foundation bursary young singers had set off the proceedings with "Wach auf!" from Meistersinger, magnificently wrong-footing those who'd been preparing to stand up for the national anthem (a Your Highness was present). Final curtain was three hours later.

I'd had some soup and a sarnie before leaving home at about 4.45pm. This being London, distances are large and trains not always reliable, so you have to leave plenty of time for the journey. And this is what happens, time and again - if a more extreme version, as the awards started at 7pm and we were partying in the pub first. 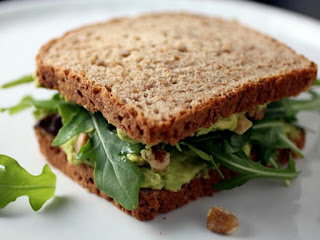 • If you eat a "proper meal" at lunchtime, you fall asleep (at least, I do).
• If you try to eat a proper meal at 4.30pm, you're not usually hungry.
• If you try and eat in the pub, you can't talk to anyone because your mouth is full, and there wasn't really room in our little gathering.
• You can't sit in the Coli with your sarnies munching your way through the Toscars, especially not when Teresa Berganza walks in to collect her Lifetime Achievement Award and the whole place goes absolutely bananas.
• The interval is 20 mins and you visit the loo, bump into people and try to find the water jug in the bar.  You could queue up and see if they have crisps, but that would take forever and you'd have to down them so fast you might cough on the crumbs, which, needless to say, must be avoided. You could munch a sarnie somewhere, if you'd remembered to bring one, but even then you'd probably want to maintain your dignity and do it outside, and it was pouring with rain.
• More Toscars. Touching acceptance speeches from Brett Dean for his fabulous Hamlet, and from sopranos Malin Byström (Female Singer of the Year) and Pretty Yende (who won the Readers' Award). The intriguing sight of Serge Dorny, whose Opéra de Lyon won Opera Company of the Year 2017, presenting the prize for 2018 to the Bayerische Staatsoper, where he's shortly to take over as Indendant himself. And splendid performances from several stars including Young Artist of the Year Wallis Giunta singing Orlofsky's aria from Die Fledermaus in full-on Cabaret style with top hat, blazing presence and razor-edged diction. But you don't really want your stomach to start rumbling...


Wallis Giunta in a spot of Rossini - you don't want stomach rumbles when this lady starts to sing.

You can apply a policy of eating 'little and often', which is my usual solution. You should never leave home without a sandwich or a muesli bar or a banana. But there you are at the Toscars, and as the end of the third hour approaches you're feeling worse than light-headed.

What do you do?

• You can try and blag your way into the after-party - apparently there were vegetable crisps.
• You can go to the QEH and crash the Chineke!/reopening party, but there might not be vegetable crisps.
• Or you can leg it to the 22:33 home and thence to the tin of baked beans in the cupboard that you can hear calling your name.

We are possibly in a state of national cultural denial over people's need to eat. I've even been to weddings where the champagne has flowed...over a few dotted-around bowls of cheesy wotsits. Concerts and theatres usually start at 7.30pm, leaving you not quite enough time beforehand unless you can get away from your desk early, while making finishing time rather late to fit in a meal and the train home, or the other way round, without causing nightmares via heavy stomach and headache before bedtime. An 8pm start might give you time to eat, but then cause anxiety if you have a long journey ahead. A 7pm start usually indicates a substantial programme rather than an early finish - except sometimes on Sundays, which is always good, because we are also in a state of national cultural denial about people having actually  to go anywhere by train on a Sunday.

• Always take a sandwich with you, or at least a muesli bar.
• Don't forget this.
• Don't have alcohol if you're at a do where there's plenty of drinks but no eats – unless you have remembered your sandwich and there's time to eat it.
• Pace yourself. Try to have several nights in per week, and cook a really good meal with wholesome ingredients and heaps of vegetables. Your health matters and so does your family's.
• Remember: if you do take your sarnie, then you can also crash whatever after-party is appropriate without fear of passing out.
• If everyone else is good at pretending to rise above it all and travel to higher realms, then let them. It's your stomach. Take responsibility. Take back contr...oh, whatever.